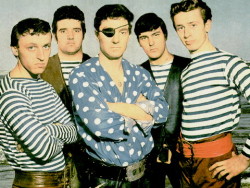 Create a site or service where users can upload files and shortly you’ll have pirates using it for personal gain. This is true on file hosting sites like Scribd, video sites like Youtube, ebookstores like the Kindle Store, and even marketplaces like Ebay.

And now the same problem has cropped up in Udemy. This marketplace for video tutorials currently hosts 35,000 paid and free videos, and according to The Next Web some of those videos are pirated.

TNW reports on the tale of Troy Hunt, who was not thankful to learn on Thursday that one of the courses he had developed for the edtech firm Pluralsight  had been ripped off and uploaded to Udemy:

Hunt is currently working on an Ethical Hacking service for Pluralsight that’s based on the Certified Ethical Hacker Program, so at first he thought the course on Udemy may be based on the same thing, but not be his actual one.

However, as Hunt told TNW, he was shocked to see the video had just been modified to remove his “Hi, I’m Troy Hunt” introduction… And that’s it. Someone else has ripped his video and re-uploaded it as their own on Udemy, charging £37 ($55) to watch it.

Where there was a slide showing Hunt’s name and Pluralsight’s logo, there is now a graphic of a man at a desk. The logo has been blanked out in subsequent slides as well.

So pirates have shown up in a place where users can sell stuff. Shocking, isn’t it?

It was a shock to Tekpub cofounder Rob Conery,who was furious to find his videos pirated and for sale on Udemy.

Conery has apparently been living a very sheltered life since he sold Tekpub  to Pluralsight, because he is under the mistaken impression that pirates selling content is unusual, and that Udemy is breaking the law:

This stuff happens. Especially in the video training world. When I ran Tekpub it would take (typically) a day or two (sometimes just a few hours) for the torrents to hit. It’s a price of doing business.

But I had never seen a business actually profiting from piracy. Not until Troy mentioned Udemy. And then I wondered: is any of my stuff up there?

It’s not like people just woke up to copyright infringement. Yes, it happens?—?but not like this. Udemy actively makes money on the pirated content until they are pressured to take it down.

Neither of which is true (if you don’t believe me, go ask a lawyer).

While I’m not excusing the piracy, you and I both know that this problem is so prevalent that piracy is just background noise. Fighting piracy, should a creator choose to do so, is just a common business activity for many creators. (It’s so common that I’m surprised that Conery, as the cofounder of a web publisher, hadn’t encountered pirates selling content before this.)

That said, Conery and Hunt are correct in that Udemy could be doing more. At the very least Udemy could start creating a hash file for each pirated video and then check new uploads against its records of previously pirated videos.

Hunt would also have Udemy verify each video as it is uploaded, but even with such a limited catalog (35,000 videos) I don’t see a way to do that algorithmically, not without valid source files of some kind.

So would it be too much to ask Udemy to have a person check the videos?

image by brizzle born and bred