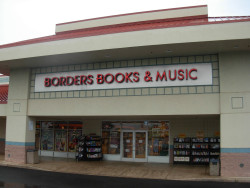 Judging by its most recent quarterly statement, Barnes & Noble’s plan to become a niche retailer has hit a snag.

B&N released the quarterly statement for its second fiscal quarter late on Thursday. The retailer reported that revenues declined 4.5%, to  $895 million.

Retail revenues totaled $861 million, down 3.1% “due to lower online sales, store closures and a 1 percent comparable store sales decrease”, which makes sense given that the recently relaunched website is still pretty fucked up.

And then there’s Nook, which continued to circle the drain. Digital revenues accounted for $43.5 million, down 32% from a year ago, with an EBITDA loss of $21.3 million. And just to put this into perspective, Nook revenues have shrunk so much that B&N has stopped citing both hardware and content sales and instead shared just the one figure (that’s going to make it harder for us to tell that Kindle Unlimited generates more revenue, but it probably still does).

It makes you wonder why Barnes & Noble launched a new Glowlight Plus and a new Galaxy Tab Nook last quarter, doesn’t it? Why not just shut the service down?

While it’s not costing B&N a lot of money to keep the lights on in the Nook dept, the persistent loss is still a drain on resources. Is putting off the bad publicity from the closure really worth the ongoing expense of keeping the service open?