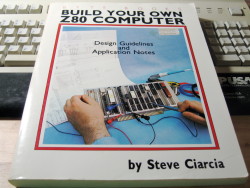 Joe Wikert has just inadvertently proven that the book publishing industry drowned most of its innovators at birth.

Earlier today Wikert published a post titled Whatever happened to innovation in the publishing industry?, and proceeded to unintentionally answer his question by example. At the beginning of his post, he cites the Kindle as the last major innovation in digital publishing:

Remember the excitement surrounding the launch of Amazon’s Kindle eight years ago? It was a clunky device, even by 2007 standards, but it was revolutionary. One of the original Kindle’s breakthrough features was the ability to download books via cellular network. The eInk display and extremely long battery life also led to its popularity despite the device’s hefty $399 price tag.

That was eight years ago and it’s hard to name even two or three other innovations that have had as significant an impact as the first-gen Kindle. Sure, the iPad was noteworthy but it didn’t exactly reinvent reading. And while today’s devices are faster and cheaper than yesterday’s they feature incremental improvements, not groundbreaking innovations.

The same can be said for all aspects of the digital publishing ecosystem, not just devices. The most interesting development over the past few years is probably the all-you-can-read subscription model. But any momentum there has been halted as Oyster is about to disappear and Amazon’s offering has no Big Five content. FWIW, I still believe in all-you-can-read models but only if they’re focused around a topic/genre and they avoid the unsustainable business model that crushed Oyster.

The Kindle was a disruptive innovation, that is true. It wasn’t the first ereader but it was the first truly successful one and it changed everything.

But there is a problem with citing the Kindle when talking about innovation in publishing, and that is the fact that the Kindle was developed by a retailer, and not by anyone in publishing.

And let’s not forget this industry is dominated by five major players whose last great idea was to conspire with Apple to try to strangle Amazon’s ebook innovation.

And to make matters worse, Wikert’s other example of innovation, the all-you-can-read subscription model, was developed by a retailer (Amazon), a document hosting company (Scribd), and Oyster. So even that innovation came from outside the industry.

While Wikert wants to know what happened to innovation in the publishing industry, his examples show that by his standards there haven’t been any major innovation in a long, long time.

But are his standards correct?

Andrew Rhomberg, founder of the ebook startup JellyBooks, has a different take. “Publishers will tell you that they are innovating like hell – but on their terms,” he told me by email. “And there is some innovation through tech start-ups focused on publishing (as opposed to publishing start-ups using a bit of new tech), but a lot of oxygen has gone out of the room.”

Rhomberg is referring to the general level of arch-conservatism that infests book publishing, an industry that never met a new idea that it didn’t try to smother at birth.

That conservatism is why the Kindle was invented by a retailer, and it’s also why Rhomberg says that “the start-ups that are thriving, like Wattpad, Lost My Name and others, do not depend publisher assets, content, or IP”. Rhomberg’s startup is a case in point. JellyBooks doesn’t depend on publisher IP; instead it’s focused on selling publishers reader analytics as a service.

P.S. Here’s one example, and here’s another.