The Wall Street Journal has just noticed what authors and publishers have known since at least 2012, that email marketing still works wonders.

The WSJ published an article yesterday which focused on Bookbub and other sites that send out daily email blasts to promote sales on ebooks.

Every day, the company BookBub.com sends out more than 7 million emails pointing consumers to e-books that cost as little as 99 cents each and free titles as well.

A host of big and independent publishers list titles there, including New York-based Kensington Publishing Corp. The idea is to entice readers with a bargain, so they get hooked on a new author or series and eventually buy full- priced works.

“We know we might be shooting ourselves in the foot,” says Mr. Zacharius. “But I can’t resist because it’s such a good way to stimulate sales.” Every promotion the company has run through BookBub has been profitable, he said, despite the steep discounts.

Several companies have sprouted up offering these sorts of free books or discounts via daily emails, publishers say. In addition to BookBub, which was founded in 2012, other players include BookGorilla.com, RobinReads.com and TheFussyLibrarian.com.

None of this is news to readers of this blog. In spite of the repeated proclamations that email is dead, email continues to be a more effective direct marketing/recruitment tool than almost any other method.

Facebook and Twitter might be better at selling to fans, but the email blast is still the better way to convert a reader into a fan in the first place. 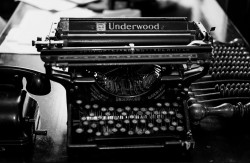 And even the major publishers have reached that conclusion (years ago, in fact). “There are more of these promotion companies, and because their reach has expanded, their effectiveness has increased,” said Liz Perl, chief marketing officer at CBS Corp.’s Simon & Schuster.

Several of the Big Five are even investing in or expanding their own email marketing services, including HarperCollins, Simon & Schuster, and .Penguin Random House. Earlier this year PRH launched LitFlash, a Bookbub competitor, while HarperCollins acquired an email blast service and folded it into Bookperk. And Simon & Schuster has been sending daily promotional emails for some time now.

Really, the only new news today would be that email blasts still work in 2015. I honestly expected, way back in 2013, that email blasts were going to reach a saturation point, after which emails would be regarded as the equivalent of spam, lose their effectiveness, and authors would move on to a new marketing trick.

Clearly I called that one wrong.