The Chronicle of Higher Education, the weekly publication subscribed to by over 64,000 academics, announced this weekend that it would begin to limit comments on its website by only opening some articles to comments, and moderating those that are submitted. 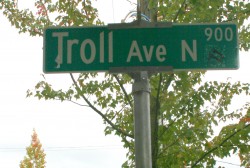 “For years The Chronicle has taken an approach to commenting that could be described as laissez-faire,” the editors wrote online. “We’ve invited comments on nearly all of our content, and we’ve moderated sparingly — seeking to give everyone a chance to speak and removing comments only when they were in clear violation of our user policy. That approach has made for some freewheeling and fascinating discussions; it has also produced threads that have bothered many readers.”

But like many websites, The Chroniclehas seen a shift away from constructive conversations online. The editors mention other sites that have decided to move the conversation off of their websites and onto social media. But The Chronicle has chosen to invest in moderating comments.

“So here’s our plan: We’re going to review contributions before posting them,” the editors said. “That means that if you submit a comment, it won’t instantly appear. Instead, a group of Chronicle moderators will read submissions throughout the workday.”

Comments on the story announcing the new policy show that any change that limits comments will be controversial with readers.

“I allowed my Chronicle subscription to lapse precisely because you weren’t doing these things already. I’m glad to hear that you are moving in this direction,” wrote one reader. Others suggested ending anonymous commenting as one possible solution to ending comments from trolls.

But others were less enthusiastic about any limits on commenting. This is something we see, as well, as most stories about closed or limited comment threads generally attracts those who feel it is a mistake (yet, more and more sites are considering changes to their open thread policies).

reposted with permission from TNM