Amazon has rolled out a new update for its iOS reading app today, bringing with it an improved download system and more sharing options.

The new version of the app lets you download up to three ebooks at a time, rather than the queued one-at-a-time download before. The app also got a few minor improvements to the player for Audible audiobooks, but that’s not the big news today.

Amazon has overhauled the sharing options in the Kindl iOS app. The app has always had sharing options, but before the update your options were limited: 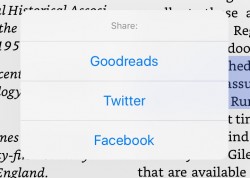 This update gives you the option to recommend/share a title, and it also lets you share through many more platforms than before. The Kindle app now integrates the standard iOS sharing menu: 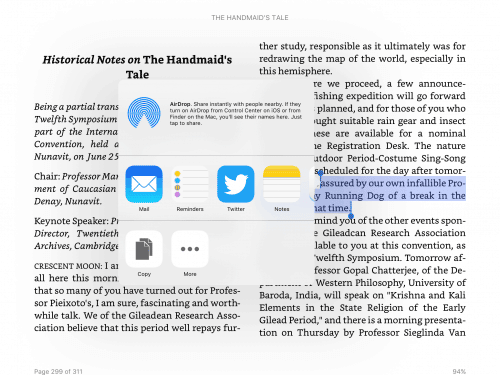 In related news, Bluefire, Nook, and other companies released updates for their iOS apps in the past week.