… because people sure as heck aren’t securing their accounts any better than they were last year. 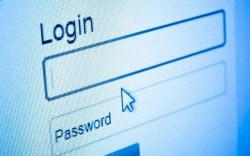 For its fifth annual report, SplashData combed through the more than two million passwords leaked in the past year and complied a list of the most commonly used terms.

“Password” and “123456” continued to top the list, with other numeric series, sports, and obvious patterns taking most of the rest of the places. In fact, this year’s list looks very similar to the last one, although there are a few additions.

“1qaz2wsx” and “qwertyuiop” are debuting on the worst of list for the first time, and the list also shows the impact of all the Star Wars advertising (“solo”, “princess”, and “starwars”). Several others that weren’t on the 2014 list include “welcome,” “login” and “passw0rd” (with a zero in place of the letter “o”). Changing that “o” in password to a zero might seem clever, but a lot of people had the same idea. And the same is probably true for “pa55word” which did not make this year’s list.

“We have seen an effort by many people to be more secure by adding characters to passwords, but if these longer passwords are based on simple patterns they will put you in just as much risk of having your identity stolen by hackers,” said Morgan Slain, CEO of SplashData. “As we see on the list, using common sports and pop culture terms is also a bad idea. We hope that with more publicity about how risky it is to use weak passwords, more people will take steps to strengthen their passwords and, most importantly, use different passwords for different websites.”

If you see one of your passwords on the list, you might want to consider changing it or, better yet, getting a password manager. And if you need suggestions, xkcd has a few tips on how to choose a password which is both easy to remember and long enough that it is secure. There are better options than this, I think:

On the other hand, if you have a weak password attached to a throwaway or otherwise low-risk account, is it really worth the bother to change?