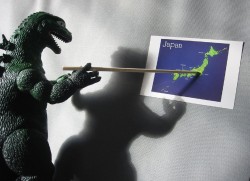 Who’s up for watching some propaganda?

Earlier this week Authors United held a recitation where a bunch of Amazon haters got together and discussed just how terrible the retailer really is.  You can read a summary of the event over at PW, watch the video below, or catch the commentary over at The Passive Voice, but the short version is that opinions differed on how Jeff Bezos prefers to eat kittens (live, baked in a pie, barbeque, etc). There was also some discussion on exactly how evil Amazon is, with comparisons made to Pol Pot, Hitler, Tamerlane, and Mrs O’Dwyer (one participant’s 4th-grade teacher).

Seriously, though, that event was simply a rehashing of the usual complaints about Amazon from the usual suspects.

You can watch the video below. It’s three hours long, and was provided by the New America think tank, Authors United’s conspirator in this staged media spectacle.

I’ve watched as much of the video as I can stand, and yes, it is as one-sided as the title suggests, and not everyone is happy over the obvious bias. The comment section over at PW is abuzz with critical opinions of the event.

“Hyperbolic nonsense from people who – despite claiming the profession of “writer” – don’t understand the meaning of the word MONOPOLY,” Ed Renehan writes. “Look it up, and then tell me exactly what illegal exclusionary business practices Amazon is guilty of.”

Or as Tom McDonough put it”: “Nuclear winter”? Hyperbole over facts. What law has been broken? This seems more innuendo fact. I need to be convinced with evidence, not claims of damages. As a huge personal consumer of books, as well as having a few years in publishing, I’m not seeing the problem, ” he wrote.

“I see Amazon promoting more voices, opinions, ideas and new authors through many methods, including Kindle Unlimited,” McDonough added later in his comment. “Some of it good in quality and some of it bad, but at least available. I have discovered more new authors on Amazon, a quantity which sadly no bookstore could ever handle. Both my wife and I even now are discovering older, long out of print books from boutique/specialized publishers, available once more thanks to Amazon’s marketplace and/or its Kindle.”