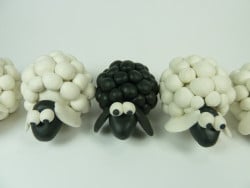 If there’s one thing we’ve learned in the week since I first reported on Fakespot’s system for analyzing Amazon reviews, it’s that Fakespot‘s algorithms completely miffed on book reviews.

Numerous authors have complained both in the comments here and over on The Passive Voice that their books were being given erroneous ratings. They’ve been responding with damning critiques like “I tested one of my books & it came back 73% fake, which is ridiculous” and “I tried it on books that I know have 100% authentic reviews, and it was wrong every time”.

Clearly this system doesn’t work for book reviews, and that is something that even Fakespot will concede. I have exchanged a few emails with the Fakespot team over the past week, and they told me that they are aware of the issue with book reviews.

“Fakespot initially was not designed or intended for book reviews. Book reviews by their nature are an extremely different case when compared to other categories of products, which consist of the majority of what Fakespot users would input (electronics, groceries, etc),” the spokesperson told me by email, before adding “However, our analysis system is currently undergoing a revamp and accurate measurements of book reviews will be available.”

My contact informed me that Fakespot has released a beta version of its algorithms which is intended to fix the issue with erroneous book review ratings.

And I think I can confirm that announcement. The books I am checking for the first time are showing a much lower score. The books are now being identified as books rather than products of a company, and Fakespot is identifying fewer reviews as potentially fake.

Looking for Alaska, for example, scored 0%, and so did Will Grayson Will Grayson and The Beginning of Everything.

It’s hard to say whether that is going to fix the problem, because the existing ratings aren’t being replaced. To name one example, Girl on the Train scored 28% and %50 for the Kindle edition and hardback, respectively, and with tens of thousands of reviews for each edition that is clearly inaccurate.

I’m told that authors can request a reanalysis/investigation on any of the books rated, but it won’t happen automatically. So if you’ve already checked your book in Fakespot and think it got a bum rap, contact Fakespot and ask them to fix it.