Joe Wikert’s latest idea for defeating Amazon is a doozy.

Earlier today Joe suggested that publishers can “neutralize” Amazon’s dominance of the ebook market by selling ebooks direct to consumers and using Amazon’s own “Send to Kindle” delivery feature to deliver the ebooks to their Kindle accounts.

Yes, it is as unworkable as it sounds:

Amazon’s Send to Kindle functionality has been around for quite awhile and I believe it’s one of the most underutilized services available to publishers. The Send to Kindle email option lets publishers push non-DRM’d ebooks directly onto a consumer’s Kindle bookshelf. I’m sure it was originally designed for documents other than ebooks but I think it’s time for book publishers to take advantage of it for their ebooks as well.

In addition to simply selling EPUB or PDF ebooks, why not provide readers with the MOBI version and push them directly onto their Kindle devices and apps? All you have to do is ask the reader for their unique Kindle email address and then have them enable inbound emails from your domain. Once that’s in place you’re able to place the ebook on their shelf just like Amazon does.

In other words, Joe wants publishers to use part of Amazon’s own Kindle platform to neutralize Amazon.

As much as I like using that email tool and as much as I like the idea of publishers selling direct, this idea is simply not going to work the way Joe wants. Amazon won’t let you use its platform against it, and if it looks like a publisher is succeeding then Amazon will simply take away the email tool. 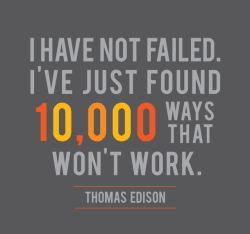 Sure, publishers can use the email delivery option, but as we have seen over the past year the tool can be taken away. Baen Books and O’Reilly have lost the privilege in the past 8 or so months, and so did Packt.

The thing is, Amazon has some secret policy on publishers and other companies using send-to-kindle. There are Polish booksellers who can still use it (so can NetGalley and sites like StoryBundle), but there’s no way to tell who will get banned next. So far as I can tell, only the more active publishers get the axe, but that is just a guess.

Edit: All we know for certain is that Amazon has a rule they can use against publishers:

No Commercial or Illegal Use

You may not charge directly or indirectly to distribute content via the Service. You may not use the Service to send infringing, unauthorized, or otherwise illegal content.

So this idea, as proposed, is moot. It will not achieve its stated goal.