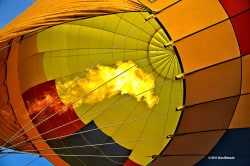 The Guardian has given author Lee Child a platform to prognosticate on the rumors about Amazon opening even more brick and mortar bookstores, and the result is painful to read.

If you liked Child’s factless comments over at The Passive Voice, you’re going to love this:

Nothing sells books better than physical displays in bricks-and-mortar locations. …

Which is a problem for Amazon. Classically it uses books to hook customers and then data-mine them. But it gets only dedicated book buyers. …

Let’s skip, for the moment, Child’s condescending tone, and consider the point he has raised.

Amazon sells something like a third of all trade books in the US, and yet Child thinks Amazon is in some way hobbled by only selling books online.

This does not compute.

If Amazon sells more books that B&N, with its 600 plus retail stores, wouldn’t that detail suggest that Amazon doesn’t need a chain of bookstores?

I would think so, but Child does not. He’s even foreseen where this would lead, and inadvertently given us a great explanation for why Amazon will never open that chain of bookstores:

So, what if? And suppose those 300 stores were only the start? We’d quickly approach a de facto monopsony. Amazon would become the only practical route to market for 1,400 US publishers and a million US self-publishers, for either digital or paper product.

That is exactly the point which we should have raised when the rumor first broke last week (and I can’t recall that anyone did).

Amazon is already getting attacked with bogus claims that they are a monopoly/monopsony. At this point the accusations are nothing more than a propaganda campaign, but if Amazon opened all those bookstores there would be valid grounds for a real antitrust investigation (including claims that Amazon was underselling books to drive their local competitors out of business).

If Amazon didn’t see that coming, they know about the problem now and will avoid it. Child, on the other hand, didn’t make that connection; instead he engaged in FUD.

Child tried to twist Amazon’s use of standard retail practices like coop fees into something more sinister:

Amazon has already tried to use its power in a punitive fashion, as if determined to hurt publishers financially. All kinds of fees and “contributions” are required. “Pay to play” was openly the name of the game, until Amazon’s lawyers suggested a less explicit description. One publisher resisted, and a senior Amazon executive boasted: “I did everything I could to screw with their performance.”

When you unspin those sentences you end up with the same activities carried out by most if not all retailers.

In fact, when you filter out the FUD, condescension, lack of context, and selective reporting of the facts, there’s really nothing to this piece.

Once all the hand-wringing is gone, we realize that Child’s editorial is nothing more than hot air.