The tech blogosphere is abuzz today with the news that India was about to get a $4 smartphone called the Freedom 251, but it turns out that this story has about as much substance as the “$35” Aakash tablet. 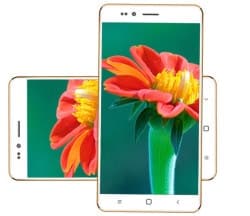 According to its website, this phone runs Android 5.1 Lollipop on a quad-core 1.3GHz CPU with 1GB RAM, 8GB internal storage, a pair of cameras (VGA and 3.2MP), and a 4″ IPS display.

It’s going up for pre-order tomorrow with a price tag of 251 INR, or  about $3.67.  That is not the subsidized price, so this sounds too good to be true, right?

It should, and that’s because it is too good to be true.

Tech in Asia got their hands on an original version of the Freedom 251. (It’s originally from Taiwan, although Ringing Bells says that they will produce it in India.) They also spoke to Ringing Bells and discovered that the $4 price tag is dependent on several yet to be negotiated deals with Indian regulators as well as a couple wildly optimistic assumptions about operating costs:

The company says it will close orders after they hit the 200,000 to 250,000 order mark, probably to cut the losses it must be taking per phone.

The company says that a normal-priced phone with these specs typically falls in the range of US$36 to US$43. But with state governments waiving off duties (which it is expecting), it thinks it can lower that cost by 20-30 percent.

It is also expecting a nearly 35 percent in cost reduction by selling only on the internet through its own channel – just like the flopped Aakash tablet did.

Finally, the company expects a duty waiver of about 13.8 percent by the upcoming goods and services tax waiver, through make-in-India and startup schemes. The rest of the cost reduction will be achieved through ‘economies of scale,’ according to the company.

Coincidentally, Liliputing dug into this story and reported that the imported version of this phone currently sells for around $60 in India.

Basically, today’s announcement is a load of hokum (in the non-Indian meaning of the word). This project might not be as big of a wet fart as the Aakash tablet, which promised the world and delivered a tablet that I would not wish on my worst enemy, but it has about as much chance of living up to its promises as I do of winning the lottery.