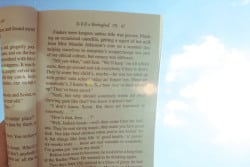 The death of Harper Lee is big news. Bigger than the deaths of most major writers.

Why? It isn’t because she made worldwide headlines last summer due to the controversy over the recent publication of Go Set A Watchman. That book was initially described as a sequel To Kill A Mockingbird, but is now generally regarded as a shoddy first draft of Lee’s 1960 Pulitzer Prize winning work. It is pretty disappointing.

But Go Set a Watchman does help to suggest why To Kill A Mockingbird made such an impact when it appeared and continues to do so. The 1960 novel, unlike the book published in 2015, is committed without being preachy. It makes serious points about race, class and the sheer delight and agony of growing up in the only way fiction can and should – by immersing its readers in the lives of its characters. And it tells a story that is simultaneously instructive, insightful and gripping. In short, it makes a difference – to the life, that is, of anyone who ever reads it.

Which brings me back to why the death of Harper Lee is such an event. Without question, To Kill A Mockingbird is one of the most important books written by an American in the latter half of the 20th century.

If that sounds like hype, just consider a few facts and figures. A 1991 survey of 5,000 Americans conducted by the Library of Congress to determine which book had made the greatest difference in their readers’ lives listed To Kill A Mockingbird as second only to the Bible. One of president Bill Clinton’s closest friends, James Carville, declared in his memoir that reading Lee’s novel when he was 16 “changed everything” for him. “When I got to the last page,” Carville said:

I closed it and said, ‘they’re right and we’re wrong’. The issue was literally black and white, and we [white southerners] were absolutely, positively on the wrong side.

So thoroughly has To Kill A Mockingbird permeated contemporary culture and popular discourse, and American culture in particular, that the battle over Clinton’s impeachment included a debate about the meaning of the novel. Special prosecutor Kenneth Starr attempted to co-opt the hero of To Kill A Mockingbird, lawyer Atticus Finch, for the prosecution. Clinton’s personal attorney, David E Kendall, retaliated with an opinion column in the New York Times titled “To Distort a Mockingbird”, in which he interpreted the moral values of the novel in defence of the president.

The point, both men knew, is that they could make such claims for and against a beleaguered president with the confidence that their audience – American voters, the general public at home and abroad – would know who and what they were talking about. After all, in the United States, To Kill a Mockingbird was, until this moment, the most widely assigned reading of any living author in US high schools; and, among all English language authors living or dead, she remains only below William Shakespeare, Nathaniel Hawthorne and Mark Twain. To Kill a Mockingbird has sold over 30m copies in English worldwide, and has been translated into 40 languages.

“Real courage” goes one of the most memorable quotes in To Kill A Mockingbird, “is … when you know when you’re licked before you begin, but you begin anyway and see it through no matter what”. Harper Lee showed real courage throughout her life – not least, by writing a book that went against the tide of majority white opinion in the American South at the time. Her reward for that courage is to be loved by generations of readers, who have discovered – and will continue to do so – that reading her work can change everything.

View posts by Richard Gray
Richard Gray began teaching at Essex in 1969. He has been Distinguished Visiting Professor at several universities in the United States, including Georgia and South Carolina. He is the author of The Literature of Memory: Modern Writers of the American South and Writing the South: Ideas of an American Region. The latter received the C. Hugh Holman Award from the Society for the Study of Southern Literature for the most distinguished book on the American South published in 1986.