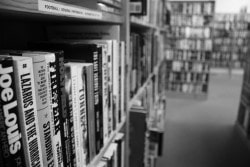 We’ve known since 2013 that Amazon has their eye on maybe one day letting Kindle users resell an ebook they bought, and it turns out their interest has gone international.

I’ve just learned that Amazon is also pursuing a patent in Canada on “Referring, Lending, and Reselling of Digital Items”. The patent hasn’t been awarded yet, but according to the paperwork Amazon originally filed the patent way back in 2011, and has spent the intervening years filing paperwork, tussling with patent examiners, and paying additional fees.

The patent closely mirrors the US patent I wrote about in 2013. Both patents cover the sale and/or loan of used ebooks and other digital content, and they also include a method for the rights holder to be paid for that resale or loan.

It’s pretty straightforward, and essentially works like the same as a used print book sale (why it qualifies for a patent, I can’t tell you). The person selling the ebook lists it on Amazon, and when a buyer selects it the seller loses access and the license is transferred to the buyer. The seller receives a portion of the payment, Amazon gets a cut, and there’s an option for the rights holder to also get a cut.

Aside from the fact that Amazon is transferring a license, and not actually letting you sell an ebook, this is the same process as reselling a paper book.

This last comes as no surprise; authors have had the option to disallow loans ever since the lending feature launched in early 2011.

The patents don’t offer any hints as to when Amazon plans to put this system into place, but the fact that Amazon is still pursuing the Canadian patent suggests that they are still interested in the idea.

Coincidentally, I learned of this patent from another site which laughably proclaimed that Amazon was “secretly developing a used ebook marketplace”. Given that we knew of the earlier patent, I don’t see how their interest was much of a secret. Also, Amazon revealed all the important details when they filed this patent’s description in 2012, so really the patent was only a secret because no one had found it yet.

And most importantly, I can’t see any evidence that Amazon has done more than file patents. That claim is really nothing more than clickbait, so I won’t reward the clickbaiters by linking to them.