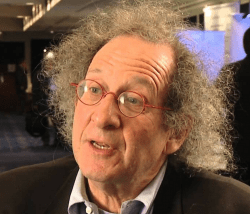 It was widely assumed that when the Big Five (and later other publishers) secured agency ebook contracts in  late 2014 and 2015 that the publishers had pressured Amazon into giving up control of the retail price of the ebooks.

According to Mike Shatzkin, that isn’t the case. Yesterday he posted this on his blog:

One powerful literary agent, who is inevitably informed by publishers about negotiations that affect the selling prices of ebooks (which, in turn, affect the author royalty), tells me that I have the whole motivation thing on agency backwards. It may have started six years ago as a way for publishers to control the prices of ebooks across the supply chain, so something they were “imposing” on Amazon. But that turned around. It became a way for Amazon to guarantee that they would get a full margin on all agency publishers’ ebook sales (because publishers could lower the ebook price, but the stipulated agency percentage would not be affected). So, in the recent negotiations, the big publishers had no choice about sticking with agency. Amazon insisted that they stick with agency.

The grapevine, although not this agent, also says that the original 70-30 split of revenues that agency began with has been revised in the recent contracts so that Amazon gets a wee bit more than 30 percent. I can’t verify that although, in time, agents should be able to see that picture clearly.

Some might find it hard to believe that this secret could have been kept for fourteen to fifteen months. (In fact, one plausible alternative proposed over at The Passive Voice is that this was propaganda designed to lay the groundwork for the publishers reversing their position on Agency pricing.) This detail is so juicy that I myself had trouble believing it, but as it sank in the idea began to make more and more sense.

I wouldn’t go so far as to say that Amazon “insisted” on agency (that sounds like self-excusing prevarication on the part of Shatzkin’s source).

But I do think Amazon was in favor of the idea.

No one is talking publicly about those negotiations, so we really only have supposition to go on, but this revelation would explain why, for example, HMH secured an agency ebook contract in July 2015.

When I broke the news in July that HMH had, after five years finally gone agency, I couldn’t understand why they would want to or why Amazon would go along. Amazon being Amazon, you would think that they would fight to the death to keep the option of cutting their ebook margins as thin as possible. Instead, they let HMH go agency (or actively pushed the idea, we don’t know).

Furthermore, Amazon has cut agency deals with other publishers, including Kensington. Steven Zacharius, the CEO of Kensington, announced the news in the comment section of Shatzkin’s post. And I can confirm that several titles in the Kindle Store are now showing that the price was set by the publisher (the same titles were not saying that as recently as November 2015).

So yes, Amazon is happy to give every publisher who asks an agency contract. Heck, they may even propose it at some point in the negotiations.

But why would they?

Sure, Amazon can only fight so many battles at once, but HMH was a battle that Amazon intentionally chose to lose. Or did they?

I personally think that goes a little too far towards conspiracy theory, but it is not out of the question.