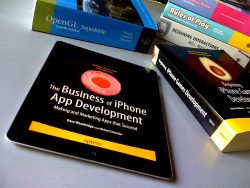 For university students, textbooks have been both a saviour and a bane. Having most of the essential readings in a single volume enables students to access resources easily. Despite mostly being used for short periods of time, they come with a hefty price tag – and weight.

In Australia textbooks cost hundreds of dollars each. For administrative law, a student might spend A$123.95 on a single textbook. A big investment for one course.

The National Union of Students in Australia has launched a campaign to make textbooks cheaper – calling for the removal of import restrictions on books. According to the union, some students are dropping subjects or changing their degrees because textbooks are so expensive.

To add to this, last year the Australian government ceased student scholarships to fund textbooks and other education resources, and instead replaced this funding with a student start-up loan, as a way to make government savings.

But adopting an open access model in the US is radically shaking up this highly profitable textbook industry.

The textbook industry is worth US$14 billion at year in the US and over A$2 billion in Australia.

The movement is to create open access textbooks, which would mean any student or member of the public, could access the appropriate texts online for free.

Campaigns for affordable textbooks have blossomed starting with strong advocacy in the US, and in October last year, the US Congress announced they would introduce a competitive grant program – called the Affordable College Textbook Act – to support the creation and use of open university textbooks.

This means high quality textbooks will be easily accessible globally to students, professors and the public for free.

So far the open access movement has focused on making publicly funded research available to the world. In Australia, more than 400,000 open access research papers are available online through Australian universities with around 32 million downloads this year.

Studies in the US have shown that open access textbooks are associated with better student retention, higher marks and greater literacy.

A study by students at Virginia State University School of Business found that students using these textbooks “tended to have higher grades and lower failing and withdrawal rates than those in courses that did not use” the texts.

There are some different models for the creation of open access textbooks.

The Gold open access model allows payments to be made to traditional publishers to make texts open access. While this developed in the journal market it is increasingly available for books.

There are now hundreds of open access textbooks – most of those listed in the Open Textbook Library have been published by universities.

It challenges the publishers who have relied on textbooks for their profits – however it is still early days.

But as a case in the US shows, changing the university mindset is not easy. Last year, an associate professor of mathematics at California State University was reprimanded for assigning his students with a less expensive textbook option – as well as open access material – than his department’s US$180 preference.

In Australia, the Australian National University has begun a bold experiment with open access e-textbooks. Three text books have been published so far, with more planned.

The experiences of the first three textbooks (in law, botany and languages) indicate that students are able to use these materials differently with better educational outcomes. This gives students a greater set of capabilities to start their careers with as they are more likely to complete their degrees and achieve better results.

Open access textbooks are able to change quickly to ensure the most up-to-date material is online. Hands on resources that are built on in class experiments that have been researched to produce the best learning are able to be implemented.

Open access textbooks have the potential to have an enormous impact on student learning. It is time for Australia to learn from the initiatives in US and take a major step forward.