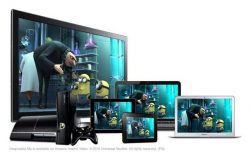 The WSJ (as well as a bunch of other sources) brings us the news that Amazon has launched am $11 a month Prime membership plan as well as a $9 a month competitor to Netflix and Hulu.

With an yearly cost of $132, the monthly Prime membership is likely targeted at consumers who can’t afford to pay the $99 annual fee for Prime, or those who want to get their holiday shopping shipped cheaply via free two-day shipping.

But the new video service, on the other hand, is aimed at weaning customers away from Hulu and Netflix. From the WSJ:

The move to offer a stand-alone video service suggests Amazon is confident it has the robust programming needed to go head-to-head with Netflix. Amazon has snapped up deals for HBO’s older content, as well as with premium TV network Epix, whose catalog includes “Hunger Games: Catching Fire” and “World War Z.” More recently, Amazon has signed director Woody Allen for an exclusive TV series, and has become an aggressive buyer of independent movies, battling Netflix for film festival favorites.

Here’s how the three services compare in the US market:

Did anyone else see this coming? I don’t know that anyone predicted it, but if we look back it is obvious how the trends pointed in this direction.

When Amazon banned the sale of Apple TV and Google Chromecast from its site last October, I concluded that it was a sign that the streaming video market was worth more to Amazon than the hardware sales.

A few months back Amazon confirmed that conclusion by offering Showtime and other cable channel subscriptions through its video service, and now it’s launching a Netflix competitor.

According to pundits this is a shot acrosss netflix’s bow. “Jeff Bezos is absolutely escalating the arms race with Netflix,” said Wedbush Securities analyst Michael Pachter, referring to Amazon’s chief executive. “The two services will compete more closely for customers, and Amazon has the marketing advantage by offering the full Prime service for just a little bit more each month.”

While Amazon does have the advantage, the real question relates to the selection on the respective services.

Which one has the better catalog?