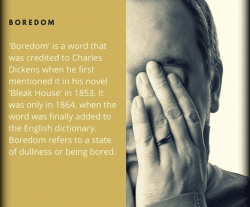 The ever-evolving English language was once described as having “pursued other languages down alleyways to beat them unconscious and riffle their pockets for new vocabulary”, but that’s not its only source of new words.

Much to the dismay of school children everywhere, authors have a tendency of inventing a word whenever they can’t find on which fits the story they’re writing.

The following infographic details eight words, and explains where they were first used. The selection ranges from cyberspace to swagger, but doesn’t include my favorite origin story, which was for malamanteau. (But that would make sense given that the word was popularized by an author, and not coined by one.)

P.S. If this infographic isn’t enough to satisfy your word cravings, here are three articles on words invented by authors.