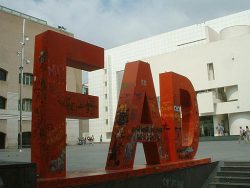 If you thought that the way the publishing industry jumps on the latest werehamster/interurban fantasy/cyclops detective/moody vampire/hipster zombie* fad is a new development, you would be wrong.

Atlas Obscura has a post up last week which details one of the first know fads in publishing, It dates to the middle of the 18th century, and a now-obscure novel called Chrysal:

The most popular novel of 1760 England was an episodic narrative of the observations of a mind-reading coin imbued with the very spirit of gold itself.

Largely forgotten today, Chrysal, or the Adventures of a Guinea thrilled contemporary readers with “Views of several striking Scenes”, an insider’s account of the scandalous doings of the “most Noted Persons in every Rank of Life”, and tales from the gold mines of Peru, the streets of London, the canals of Amsterdam, the ports of the Caribbean, and the front lines of the Great War. Despite Chrysal’s tendency to lapse into somewhat exhaustingly florid language, readers loved it—the book went through five print runs in just three years, 20 before the century was out. In 1765, author Charles Johnstone, a failed barrister who would later forge a career as a journalist in Calcutta, produced an expanded four-volume edition, also a best seller.

These kinds of stories—secret histories and fictional memoirs—gripped the English reading public’s imagination. Chrysal was still the gold standard, so to speak, in it-narratives, but it was a bit like the first detective novel or the first bodice-ripping romance novel: the beginning of a genre. With a market proven, writers for hire began churning them out with variable quality. By 1781, a bored reviewer in The Critical Review complained, “This mode of making up a book, and styling it the Adventures of a Cat, a Dog, a Monkey, a Hackney-coach, a Louse, a Shilling, a Rupee, or — any thing else, is grown so fashionable now, that few months pass which do not bring one of them under our inspection.” The reviewer wasn’t entirely immune to the charms of The Adventures of a Ruppee, declaring it “well imagined and not ill-told” and “better entertainment than cards and dice during the long evenings of the Christmas holydays.” The Adventures of a Hackney-coach, reviewed in the same issue, fared much worse: “This is as execrable a hack as any private gentleman would wish to be drove in; being nothing but a heap of uninteresting, ill-written adventures, in a pompous and turgid style.”

Coincidentally, you can find the book in the Internet Archive or Google Books.

This style passed in and out of fashion several times in literary circles over the next 300-plus years, but in that time it has also been a mainstay in children’s literature. Black Beauty, for example, uses this style.

AO framed this piece in terms of how this genre or literary style first came to prominence, but what we’re really looking at here is one of the earliest fads in publishing, and it might even be _the_ first fad. The printing press was still relatively new tech in that era, so this could indeed be the first example of publishers rushing to join the latest trend*.

So the next time you hear someone complain about the market being flooded by whatever genre is popular this week, just remember that this is a glorious industry tradition dating back centuries. (And that goes double when that person is complaining about indie authors churning out trash; it’s not a new phenomenon.)

More stories about reformed undead serial killer psychics with a heart of gold, anyone?

P.P.S. It is also an early proof of Sturgeon’s Revelation (90% of everything is crap).