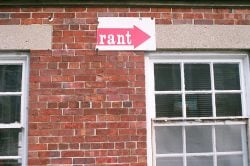 Russell Smith weighed in on the latest occurrence of the “ebooks didn’t kill paper” trope, but his attempted debunking of the trope missed half of the story.

Writing over at The Globe and Mail on Sunday, Smith proclaims:

People in publishing are wielding statistics against each other, in the perennial e-book versus print debate, and nobody seems quite sure of what they all mean. All the publishers I know assert that sales of e-books have plateaued and everyone is investing in print again.

No, some of us understand exactly what the stats mean.

We knew what the stats meant years ago, and we also knew that they are being misinterpreted. Russell is new to the idea, however:

In U.S. and British media, much has been made of the fact that recent stats show e-book sales slipping and print book sales slightly advancing or at the very least holding their own. Sony is no longer selling an e-reader. Amazon is opening physical bookshops. This has led to much gleeful crowing by opinion columnists who grew up reading paper books and are thrilled that the promised bookpocalypse never happened.

That would only be true if you consider three years ago to be recent.

Nick Carr was crowing over “flattening” ebook sales three years ago in much the same tone as Simon Jenkins used in The Guardian a couple weeks back, and there are a half-dozen other examples in the past few years you could point to, including another story in The Guardian and one in the NYTimes.

It’s not a new phenomenon; by this point it is a trope, one with obvious characteristics:

Russell and I also differ on the journalist’s motivation; I think they simply don’t grasp the context, but he thinks:

There is a great deal of ideological bias at work here. Some people just really want e-books to fail. They just don’t like them. Ugly as “virtual books” sounds, it is obviously absurd to say that reading on a screen is “not real.” Nothing about words is real: They are all just words whether on a phone or on a wall and they can be equally powerful.

There’s some truth to that. Nick Carr hated ebooks, and Simon Jenkins certainly sounded like he hated them as well when he wrote his piece for The Guardian a couple weeks back.

But those are the exception, and not the rule.

Russell also gets it wrong when he tries to explain the limitations of the industry data:

What is not reported in the statistics is all the outsider writing: all the thousands of self-published novels and memoirs and self-help guides that are published, quickly and cheaply, in electronic form. Their success only continues to grow. And sellers such as Amazon are doing their best to provide these works directly to consumers, bypassing publishers altogether.

No, the stats also miss a lot of traditionally published books as well. It’s not just self-pub; there’s also a teeming mass of indie pub that is going uncounted as well.

But given the pointless ad hominem attack Russell unleashes against self-pub, I don’t think that distinction matters to him:

What is not reported in the statistics is all the outsider writing: all the thousands of self-published novels and memoirs and self-help guides that are published, quickly and cheaply, in electronic form. Their success only continues to grow. And sellers such as Amazon are doing their best to provide these works directly to consumers, bypassing publishers altogether. They are not given any status by any expert, only by word-of-mouth or by self-promotion (often hard to distinguish between). As a result they come with no promises of being carefully researched or backed by scientific institutions. Self-published books are, for the most part, chatty. This leads to different expectations of what writing is. The self-promotion that must accompany self-publishing also leads to a new conception of what being a writer is.

I’d like to snark about Penguin’s cancer-curing cookbook, but to be honest this is the point where Russell’s piece falls completely apart. He’s run out of things to say, so instead he just started spitting out random attacks on self-published books just to make sure he reaches his word count quota.

It’s not worth debating, and he really should have ended his piece three paragraphs early.