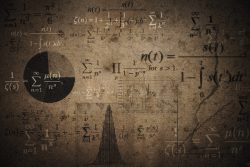 About three weeks back Nielsen teased BEA 2016 attendees with a few details from their annual report on the traditionally published US book market.

On Tuesday they shared a few additional details in a blog post. They don’t say much which is new, but I do want to call your attention to how Nielsen is now describing its ebook sales stats:

We’ve all heard the saying “Everything that’s old is new again.” In the book realm, that statement couldn’t ring more true, as sales of traditional print books increased almost 3%, while sales of e-books dipped. As a result, e-books’ share of the total market slipped from 27% in 2014 to 24% last year. That said, however, certain genres maintained a larger share in the digital realm than others, including Romance and Thrillers.

Despite the slight shift in total e-book sales, one channel within the digital space saw significant growth: smartphones. In fact, e-book consumption via smartphone grew from 7.6% in 2014 to 14.3% in 2015, which is yet another signal of how ubiquitous our handheld best friends have become.

In looking at category trends, non-fiction was the highlight of 2015, with 12% growth in children’s non-fiction and 7% growth in adult non-fiction. On the fiction front, the big gainers were science fiction (44%), classics (32%) and graphic novels (22%). Adult coloring books also had a breakout year, with an estimated 12 million copies sold in 2015, compared with 1 million in 2014.

It’s funny that they should qualify the data in quite those terms, because they used to claim that the Pubtrack Digital data covered 85% of the total US ebook market.

As I demonstrated around this time last year, that simply isn’t the case. Nielsen was tracking well under half of the US ebook market in  2014, and were not willing to acknowledge the oversight.

But while they’re still not willing to admit to the error, at least now they’re less inaccurate in how they describe their data.

That’s something, I guess.