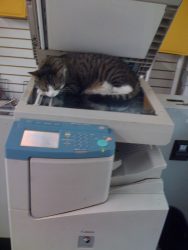 The Kindle Store, at one point or another, has been home to just about every type of spam from bundled Wikipedia articles to computer-generated nonsense to recycled stale AP articles. Now it has become infested with a new type of spam.

Author Robert Swartwood has tipped me to the existence of an “author” of amateurish reviews of well-known novels.

JT Salrich is the pen-name for an unidentified individual who has been tricking Kindle readers into buying CliffNotes-style reviews of books like The Martian, Go Set a Watchman, and The 5th Wave.

They’re running a type of scam which falls somewhere between a catfish and the Createspace  POD scam I uncovered late last year. These scammers are publishing original content, but the quality is low and the listings are intentionally deceptive.

Salrich isn’t the only scammer to use this trick, but they all generally work the same way.

The mountebank first chooses a title similar to the famous book – The Martian: A Novel by Andy Weir – Reviewed, say. Next, they salt their “book” with paid five-star reviews, choose a category which reflects the original book rather than the fact the spam book is (at best) a study guide, and then they sit back and wait for the unwary to buy the ebook.

Judging by his rankings (in the high hundreds of thousands), Salrich isn’t selling all that many copies. And that’s a good thing, because he’s charging $8 to $10 for his books.

On the other hand, one of his competitors, Elite Summaries, has 184 titles, most of which are selling almost as poorly as salrich’s work. Another competitor, aBookaDay, has 89 titles in the Kindle Store to Salrich’s 23.

Many of aBookaDay’s titles rank in the low thousands in the Kindle Store, so in other words they’re selling hundreds of copies a day using the same tricks as Salrich. The books have misleading titles, are miscategorized, and they have fake reviews.

And yes, it’s pretty easy to tell the difference the reviews. The actual reviews from pissed-off readers are more critical, and make the books sound like they were written by a low-bid sub-contractor in the Philippines.

The fake reviews, on the other hand, mostly read like:

To be clear, you’ve always been able to find study guides and CliffsNotes in the Kindle Store; they’re listed in the study guide section with the other educational material.

The above “authors”, on the other hand, are listing their books alongside the real books in the SF, fiction, mystery, etc, sections. They’re scamming the Kindle Store, and I can’t wait until Amazon steps on them.

I have already alerted Amazon to the problem, so hopefully they will fix this soon.

Until then, caveat emptor.