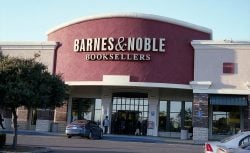 Amazon put out a press release on Thursday announcing that they’re opening another pickup location in Lubbock, Texas, near Texas Tech University.

Opening in Fall 2016, this approximately 2,700-square-foot space will be located at 2407 Ninth Street, centrally located near the university and easily accessible to students and the greater Lubbock community. Additionally, Amazon Prime members will receive Free One-Day Pickup on millions of items. Students can sign up for an Amazon Prime Student membership and get a six-month free trial followed by 50% off the regular price of Prime. To learn more, visit amazon.com/joinstudent.

“We are thrilled to bring an Amazon pickup location to the Texas Tech and greater Lubbock community,” said Ripley MacDonald, Director of Amazon Student Programs. “Whether students are ordering textbooks, electronics or snacks, Amazon will provide a convenient and secure spot for them to pick up their stuff at hours that work with their schedules.”

It is, I believe, their fifteenth such location on or near college campuses. That is far short of the 400 unstores I expect Amazon to eventually open, but Amazon is announcing new locations every month.

In related news, the story of a new B&N store crossed my desk yesterday.

Patch.com reminds us that B&N is building a new store in the One Loudon development in Ashburn, VA. The deal was struck last year, and construction is currently underway:

One Loudoun in Ashburn has landed Barnes & Noble as one of its retail anchors.

The book retailer will open an 18,000-square-foot standalone store at the mixed-use development in 2017, according to a One Loudoun spokeswoman. Construction is expected to begin in 2016.

The store is set to open next year, and it will be B&N’s second new store in the region following the launch of a new-format store in Fredericksburg, VA.

B&N hasn’t responded to queries about the new store, but I do know that the Fredericksburg store features a new layout with a lighter color scheme in tan and cream rather than the dark hardwood and dark wallpaper found in most B&N stores.

The retailer has previously said that they plan to open digital prototype stores, and they could adapt the new location for that purpose. But B&N is also experimenting with other ideas, including a store with a liquor license and another with an attached restaurant, so the new store in Ashburn could end up following a completely new idea.

image by THE Holy Hand Grenade