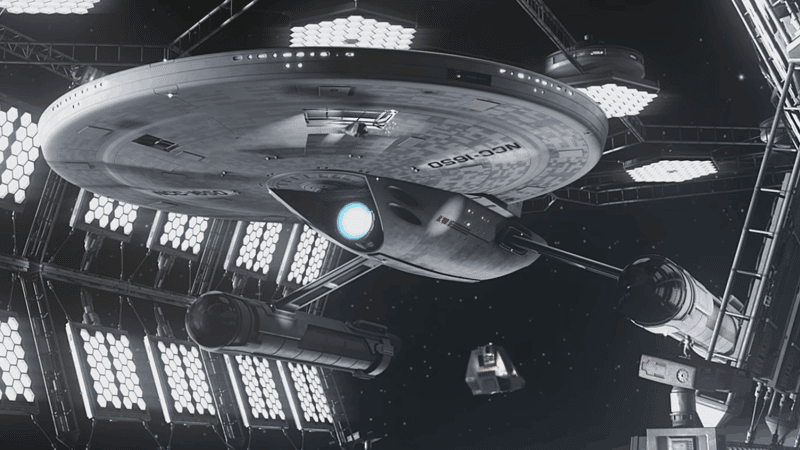 When Paramount announced its new "guidelines" for Star trek fan productions earlier this week, some feared that the restrictions would have a chilling effect on fan films.

The film studio’s rules limited the length of a fan film to 30 minutes, forbid any ex-Star Trek people from participating, and banned  anyone from getting paid for their contributions.

The rules were clearly intended to put an end to productions like Axanar, the crowd-funded fan film which Paramount is suing for copyright and trademark infringement. That suit was rumored to be in settlement talks, but as we can see from Paramount’s guidelines any settlement offer would have amounted to "shut up and go away".

Unfortunately for Paramount, the rules aren’t quite having that effect. At least one of the several ongoing Star Trek fan productions has decided to continue production.

Star Trek: Renegades announced on Friday that in order to comply with Paramount’s rules, they’re going to remove any Star Trek reference from their web series.

We, at Renegades, have nothing but the utmost respect for Star Trek and its IP holders, CBS and Paramount. Everything we have done has been because of Gene Roddenberry’s vision and creativity. Star Trek is their property and we will absolutely abide by their rules and guidelines.

That being said, we do have an obligation to our donors and fans, and we have every intention of fulfilling it to the best of our ability. So, we will continue to make “The Requiem” as promised, but without any Star Trek elements.

As you know, we’ve already begun filming “The Requiem” so we cannot halt, suspend, or postpone production. Renegades, from the get go, was designed to be transformative… not derivative. Thus, with very minor changes to our script, we have eliminated all of the Star Trek references. The good news is that Renegades is now a completely original and ongoing series.

We would like to take this time to thank CBS and Paramount for letting us play in their proverbial sandbox for as long as they did. And we’d also like to thank our loyal, creative, and passionate fans for their unending support. We truly appreciate it.

There’s not much they can do for the movie ST:R, but from here on out the series will be known as Renegades, a wholly original production which only bears a coincidental resemblance to Star Trek and happens to star a dozen Star Trek actors including Walter Koenig, Tim Russ, Nichelle Nichols, Terry Farrell, Robert Picardo, Robert Beltran, Aron Eisenberg, Gary Graham, and Cirroc Lofton.

The cast list would seem to violate Paramount’s rules, but since this is officially no longer a Star Trek fan film the studio can go piss up a rope for all I care.

What’s Paramount going to do, sue?

I would love to see them try; it’s far from certain that Paramount would win a suit against Renegades, and a loss would very likely expand the concept of fair use as it applies to fan productions. (You can read more about that on io9.)

I didn’t think it was possible, but Paramount has managed to put themselves in a lose-lose scenario.

Far from stifling fan films, Paramount has created a situation where only the lawyers win. So long as a fan production gets their work vetted by an IP lawyer, Paramount is going to have a hard time proving copyright infringement. That’s going to free obvious homages to Star Trek to do just about anything that doesn’t touch the canon, which is great because the official canon had grown stale anyway as a result of a lack of new ideas since the end of Star Trek: DS9.

At the same time, Paramount has offended fans by suing Axanar while at the same time releasing subpar SF action flicks under the Star Trek brand. And they’re going to come across as a bully whenever they sue the homage productions just because they might resemble Star Trek.

It’s almost like Paramount created its own Kobayashi Maru scenario, isn’t it?

How do you think they’ll get out of it? 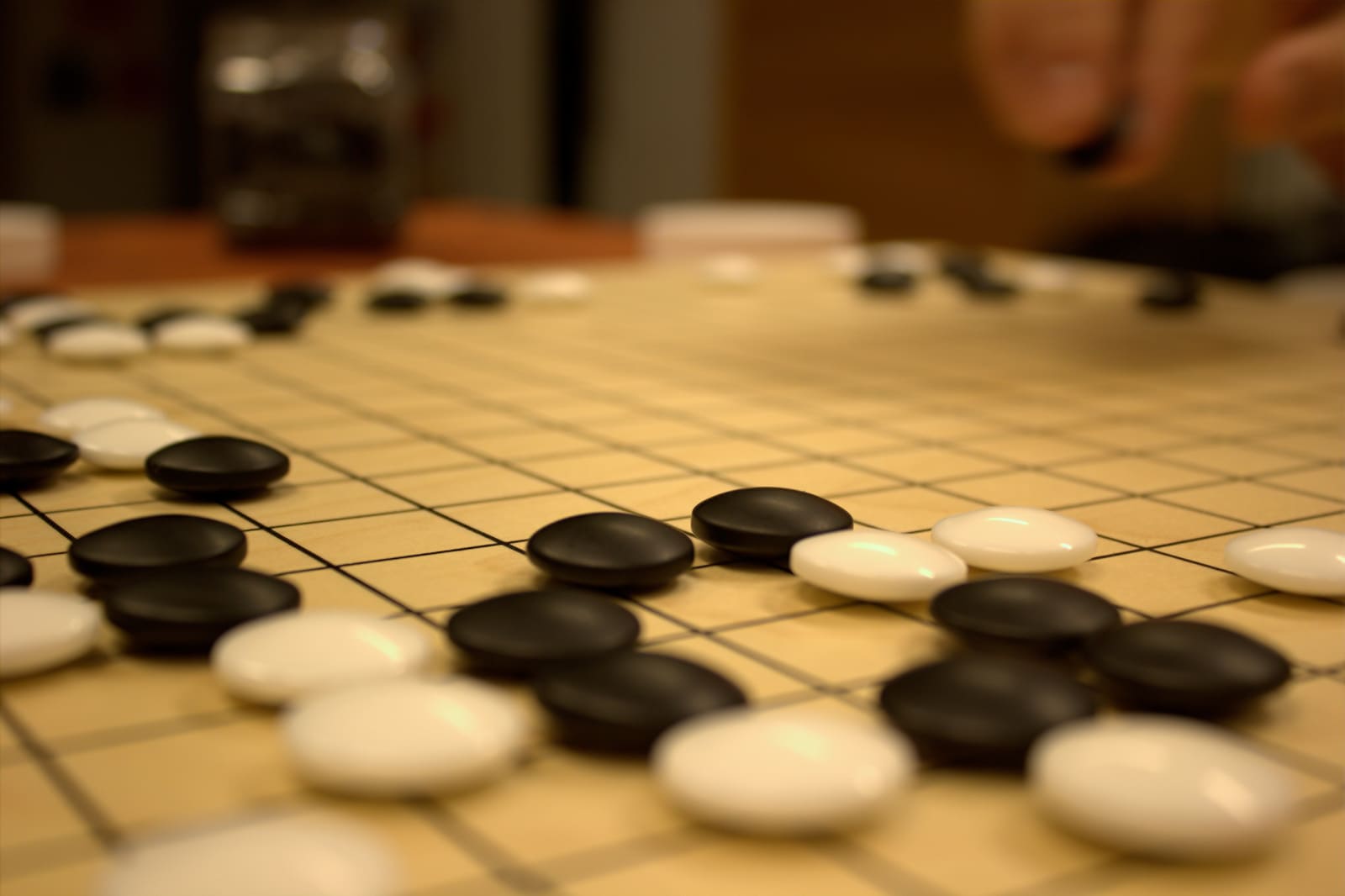 I don’t buy your argument that Paramount has created a no win situation. Just removing Star Trek from the label is not enough. Using the same characters, setting, technology etc. etc. in Renegades provides substantial evidence for copyright violation.

Small production companies don’t have the resources to combat a major studio, especially in such clear cut cases.

But if they run it by an IP attorney they can minimize the similarities and make it impossible for Paramount to win a suit. At the same time fans will note who is involved and cheerfully promote this as a Star Trek fan film. It will be a nudge nudge wink wink situation, and that’s the worst of all worlds for Paramount.

Or they could just do something original, which would be even better. Heck it would be awesome to see some of my favorite space opera novels adopted by small companies (by appropriately buying the rights of course) for direct video releases.

If that’s a dig at people who want to create Star trek stories, I would remind you that it swings both ways. The same criticism applies to all of the official content as well, including the hundreds of books.

They should be fine, can’t copyright Earth, space ships hyperspace warp drives. Even Dr Who had transmats or teleporters before ST. The only thing they need to avoid is the uniforms, perhaps ears, that could be trouble.

Thing is, nobody has a right to exploit the STAR TREK brand and IP beyond Paramount. They bought it fair and square. Trademarks and copyrights don’t vanish just because the product is subpar or the owner is an idiot or a bully.

The courts don’t care about either when they get a case.
All that matters is whether the product is an unlicensed derivative or not and the extent of the violation. Pointy-eared aliens called Vulcans, warmongers speaking klingon? Uniforms straight from a star trek convention? That is clearly derivative so after that it’s just a matter of how far fair use stretches. And, btw, given that Axanar is a commercial venture, saying you would rather see Axanar than Beyond is making Paramount’s case for them, that unlicensed Axanar is competing and undercutting the licensed product.

Paramount simply laid out the terms under which they have no intention of suing. Anything beyond that and it will be at their discretion. Following the rules or not is up to the "fans". But they had better be ready for the lawsuits to come.

Thing is, nobody has a right to exploit the STAR TREK brand and IP beyond Paramount. They bought it fair and square. Trademarks and copyrights don’t vanish just because the product is subpar or the owner is an idiot or a bully.

While that is sorta true, you can’t make absolute declarations because then it is false. Fair use says others can profit from Star Trek IP.

Not straight Star Trek.
Parody of Star Trek, sure.
Criticism or analysis, sure.
But at that point the product is the parody or the analysis of the existing story, not a new Star Trek story.

As I pointed out, the issue is whether the product competes with the licensed products.

Also Google, both in its search engine and in Google Books.

And that proves your claim that only Paramount can profit from its IP is completely false, and that the definition of fair use is far murkier and subject to reinterpretation than naysayers would admit.

Renegades isn’t flouting the new rules, it’s obeying them. If it’s not Star Trek any more — and the first Renegades, despite the presence of a couple of familiar old faces in familiar roles, was a long way from Trek as we’ve seen it before already — then it’s not a problem.

As for the supposedly onerous rules, they’re about making fan films be fan films, not unlicenced independent professional productions. Axanar was already effectively dead. All that time and money and a three minute boring walk and talk in front of some pretty CGI is all they have to show for it?

Sorry, Paramount is actually being generous by allowing fans to make films at all. They don’t have to – derivative works are not protected by copyright, except for parody. They turned a blind eye for decades (with a few early missteps, it is true), and only got riled up by Axanar’s for-profit shenanigans. If you’re upset because there are now rules, blame Axanar. Their moneygrubbing has spoiled things for everyone.

What happens if they take production to a different country, one not bound by U.S. copyright laws and produced it as they want with all replica hardware and characters and told paramount to piss up a rope anyhow?

Copyright isn’t local, it is global.
I suppose they could move to North Korea or The Caliphate to make their ripoff movie but then they wouldn’t make money off it.
Or survive the experience.

Paramount should bow down and thank the makers of fan films for keeping Star Trek alive. Every time penny pushing suits get their fingers in the creative pies of writers and producers, they screw it up. The last movie was dumbed down by the suits from original concept. example; the first season of space 1999 was a masterpiece– the second was tweeked by the suits and they had Konig flying off at the handle every two seconds like some first year cadet and stuck main mission into a broom closet. Art should be left to artists.
Paramount can not tell an actor what jobs to take unless they are under exclusive contract period… And unless they are using actual props from paramount then they have little to stand on. As for copywrite enfringment;– Considder. the cybermen from dr. who. "you will be like us"
Then 20 years later, Star Trek has the borg "you will be assimilated". Talk about a blatant rippoff! Someone needs to mention all the ripping off of other shows that the Star Trek makers have done and put the cherry on top of why did they not sue other fan films years and years ago… To me they set a pressident by not doing so.. It smacks of an ex-post-facto law which is Explicidly against the Constitution.