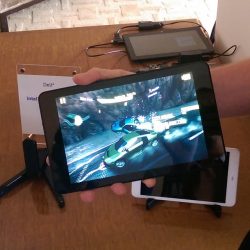 According to PC World, Dell is shifting its mobile device attention back to Windows:

Dell has stopped selling Android devices as it steps away from slate-style tablets to focus on Windows 2-in-1 devices.

The company isn’t refreshing the Venue line of Android tablets, and will no longer offer the Android-based Wyse Cloud Connect, a thumb-size computer that can turn a display into a PC. Other Android devices were discontinued some time ago.

“The slate tablet market is over-saturated and is experiencing declining demand from consumers, so we’ve decided to discontinue the Android-based Venue tablet line,” a Dell spokesman said in an email.

Though Dell has killed its Android devices, it made interesting products with the OS. One was the Venue 8 7000 tablet, which had an OLED screen and a 3D RealSense camera. Meanwhile, 2-in-1s can serve as both tablets and laptops.

“We are seeing 2-in-1s rising in popularity since they provide a more optimal blend of PC capabilities with tablet mobility. This is especially true in the commercial space,” the Dell spokesman said.

Dell got into Android devices in 2010. Their first smartphones carried the Venue brand (Dell dropped out of that market in 2012.) The tablet models initially carried the Streak brand and included a 5″ tablet (shown below) which was more or less a stand-in for the PDAs Dell had only recently stopped making. (Many of Dell’s PDAs ran Windows Mobile, which is why this is a shift back to Windows.) 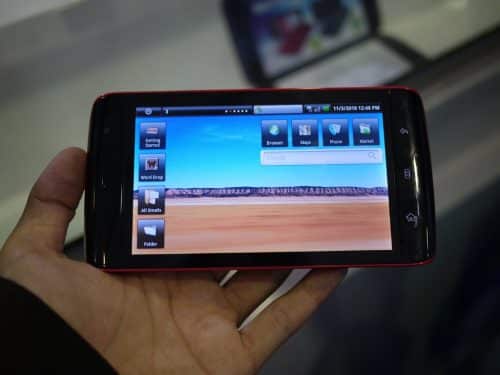 Known for its PCs, Dell got into tablets at the same time everyone else did. Dell was neither early or late, and they never had much luck. I can’t see that Dell ever made it in to the top five tablet makers, and since there’s no other public sales estimates for the market, it’s hard to say how many tablets they sold.

And now Dell is getting out at the right time. The latest (but not entirely reliable) estimates of the size of the tablet market suggest that the market is shrinking, and other tablet makers are showing signs that they’re not investing in the market either. Google has gotten in and then out again tout suite, and Amazon has refreshed last year’s tablets without replacing them.

And so Dell is turning to Windows two-in-ones, but it’s less because that’s the new market than because this niche is Microsoft’s latest obsession. What with the PC market also on the decline, there’s not a lot of room for growth.

But there is room for Dell to hold its market share as the number three PC maker in the world, which is better than a kick in the head.