When it initially shipped earlier this year, the Onyx Boox Max was only available through a single retailer in Europe, and now the 13.3″ document display device more widely available. 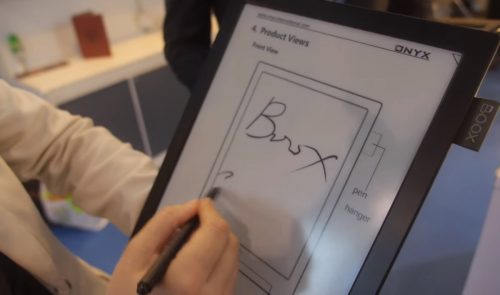 The Boox Max is now being carried on Amazon by a third-party seller for $799, and it can also be found at Chinese gadget retailer Banggood for $745.

As I pointed out in my review, the Max is less of an ereader than it is a device for displaying documents like PDFs. At 570 grams, it’s rather hefty compared to its competitor the Sony DPT-S1, but not enough that you would notice or care.

In related news, Sony has marked down the DPT-S1 to $599. This device has a similar screen with two types of touchscreens, but it only supports PDFs.