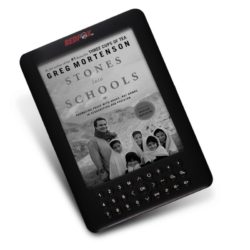 Smaller ereaders like the Kobo Mini may have been relegated by many as collectibles or hacking projects, but they haven’t completely vanished from the retail market.

A post on MobileRead brought a “new” 5″ ereader to my attention.

The Wizlib 5 is the smallest of three ereaders offered by the Philippines-based Redfox.

Even though this company has been selling ereaders since 2010, it’s still hard to find info on Redfox hardware online but according to a deals site the Wizlib 5 has a keyboard, 2GB internal storage, a g-sensor, and a radio of some kind (FM, to be exact).

Its 5″ E-ink screen has a screen resolution of 600 x 800, and it does not have a touchscreen. But it does have that keyboard, although since we know nothing about the software we don’t know what it’s good for.

All in all this is a cheap ereader, and the deals site listed it for a cheap price: 1,500 PHP, or about $32. (The site also claimed that the regular retail was around $257, but these sites usually lie about that detail.)

So if you want a 5″ ereader, an option does still exist. But it’s going to be rather hard to buy outside of the Philippines; I can’t even find a local retailer who carries it, much less one which will ship internationally.

If you do find a way to get a WizLib 5 shipped, or if you have one yourself, please let me know. I’d like to know more about it.

Edit: A reader has told me that when this ereader was released five years ago, it really did cost that much. He also said that it supported mp3s, but had a non-standard headphone jack. And as you might suspect, it is a rebranded Chinese ereader, the Sibrary.