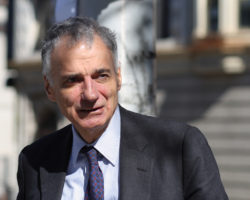 Retirees used to take up hobbies or adopt a local charity to fill up their free time, but now they are opening bookstores.

But first, he wants to see whether there’s demand for it.

The bookstore at 414 Main St., where his parents, Nathra and Rose Nader, owned the Highland Arms restaurant from the 1920s to the 1970s, will open next week for a test run. Over the next six months, the store will open four days per week: from 3 to 6 p.m. on Wednesday, Thursday and Friday, and 10 a.m. to 4 p.m. on Saturday.

This Saturday at 11 a.m., Nader and community lawyer Charlene LaVoie are inviting the public to come to the store location to discuss the store’s prospects for community events. He said there are about 65,000 people living in the region from New Hartford to Salisbury and the Torrington area that could be served by the bookstore.

According to the RA, Nader regards opening this bookstore as a serious endeavor. Nader plans to host book signings, lectures and forums for people “interested in civic engagement,” as well as discussions about “how we solve problems at the national, state and local levels.”

“This is not an entertainment bookstore,” Nader told the paper. “It’s a bookstore for serious citizens, concerned citizens, curious citizens.” The store will sell some novels and children’s books, “but it’s not going to be a full-service bookstore like a Barnes and Noble.”

Since when is B&N a full-service bookstore?

And with such limited hours, how could Nader possibly expect the market to demonstrate a demand for the store?