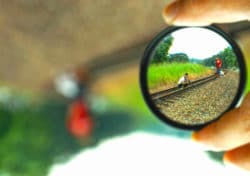 So the big web news today is that the German company Eyeo has shifted gears from building a plugin which users can install and block adverts to running what I would call an “ethical” ad network.

For the longest time Eyeo has hada program where sites with “acceptable ads” can get them whitelisted (the company has also taken kickbacks from ad networks to allow ads through).

That acceptable ads program was voluntary for both users and web publishers, and so is the new iteration.

On Tuesday Eyeo announced a program where web publishers can find ads which will be allowed through Eyeo’s acceptable ads whitelist.

Starting today we’re launching the beta version of a fully functional ad-tech platform that will make whitelisting faster and easier. To do it, we teamed up with publisher platform-provider ComboTag to build what will be known as the Acceptable Ads Platform, an interactive platform that lets publishers and bloggers choose from a marketplace of pre-whitelisted ads that they can drag and drop onto their sites.

The AAP will cut the whitelisting process from weeks to seconds, and all publishers have to do is implement a single line of code. If you’d like to read more about it, we put out a press release this morning detailing it.

A lot of the coverage is hostile (Boing Boing, for example, says that Eyeo is “taking a shit on both of us”) but most of that is coming from web publishers who are pissed that anyone is blocking adverts, much less that Eyeo is selling replacement ads.

I too was initially irked by the news; while I am fine with users blocking ads, I’m not so happy that Eyeo is selling them.

But once I confirmed that this was opt-in, and managed to stop looking at it from the viewpoint of a web publisher, I figured out what we are really seeing here.

In my view, that makes this an “ethical” ad network. That is a market niche which almost everyone is ignoring; in fact, the only other company I can name which is addressing the problem of annoying adverts is Brave and its web browser.

Say what you will about how Eyeo got to this point, but this ad network only exists, and it _can_ only exist, because online advertising is so terrible.

Those publishers and their annoying ads created both the need and the opportunity for Eyeo’s new ad network.

It’s not evil, it’s not terrible, and it’s not even illegal.

Instead, this ad network is merely a reflection of the problems in online advertising.