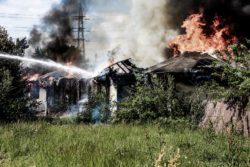 If you’re a publisher or author who has ebooks in Kindle Unlimited and you’ve noticed a surprising drop in reading activity recently, you’re not alone.

Numerous authors have reported on blogs and KBoards over the past week that they are seeing improbably low stats for pages read in Kindle Unlimited.

When it comes to ebooks in KU, Amazon pays not based on sales but on the number of pages read by KU subscribers. That’s the model Amazon has used since last July, which is long enough for authors to have noticed a pattern of usage.
As David Van Dyke explained over at Teleread:

The page read numbers roughly tend to follow a KU author’s retail sales curve (the books people purchase, rather than read through KU), sometimes a day or two delayed.

Longer books normally have more page reads, of course. New releases tend to see a steep jump in page reads that rises to a peak a few weeks or months out as people read through their KU queues. So when long books get released and their KU page reads stay essentially flat even while selling hundreds of copies—well, something is seriously wrong.

The issue was first noticed by Becca Fleming, who wrote in a discussion thread over at KBoards that her new releases weren’t getting as many page reads in KU as previous releases had lead her to expect.

Just to make a few points clear: the pool of authors who have noticed things aren’t right includes those with fewer than five books under their belt and NYT bestselling authors with over 100 books who regularly break into the top 100 or top 50. This issue does not seem to be system-wide: it’s only affecting new releases (perhaps since July, but mostly those published in September). These are books which are selling well, ranking well, but the reported pages are vastly lower.

I had a promo push on September 23. The book sold 80 copies and had 100 pages read. The prior books in the series had about the same sales but 20 times the page reads on their promo day.

I had a promo push on September 30. The book sold 118 copies and had 300 pages read. This should have been 10-15 times higher based on prior series releases.

Several different authors report that Amazon has confirmed the problem, and that they have fixed it.

While that is supposed to sound reassuring, we’re still getting reports today from authors who have been impacted by this glitch. “My sales have flat lined for the past two days, and this is after a promotion. The only book I have in KU hasn’t had page reads since Sept. 13,” one author writes over at KBoards.

Another added “I’ve got a multi-author bundle getting sales that hasn’t had a single page read reported since sept 24.”.

No one knows for sure what is causing the problem, but current speculation is focused on the Page Flip feature which was updated earlier this year.

As the theory goes, readers are flipping through ebooks using the Page Flip feature and the views aren’t being counted.

The problem with that idea is that the updated Page Flip debuted in June, and authors didn’t notice a problem until mid-September. Also, the Kindle had already had a Page Flip feature for years, and it wasn’t causing any problems in that time. And finally, the updated feature is not available for all ebooks. It’s tied to the KFX ebook format, and we don’t know that all of the affected ebooks had the feature.

Furthermore, Amazon has denied any connection between this feature and the lost page views on the KDP support forums, while at the same time suggesting that the gross number of page views are still being tracked in the system (they’re just not being credited correctly to the specific ebook).

I am still waiting to hear from Amazon, so at this point all we know is that there is a problem, it is affecting a swath of authors, it has been around for a month already, and that as of 10 October it hasn’t been solved.

Your guess is as good as mine how and when it will be fixed, but I can say that I am looking forward to 15 October, when Amazon is going to announce the Kindle Unlimited funding pool and royalty rate for September 2016.

Authors are going to look at their earnings, realize they took a hit in the pocketbook, and start screaming at Amazon to DO SOMETHING.

And that is when the problem will be fixed (I hope).