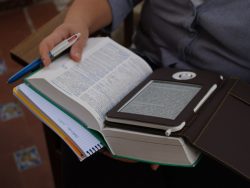 The American Association of Publishers released a new monthly Statshot report on Wednesday which showed that publisher revenues are recovering from the slump at the beginning of the year.

Overall publisher revenue for all tracked categories in May 2016 (Trade, PreK-12 Instructional Materials, Higher Education Course Materials, Professional Publishing, and University Presses) was up 1.6% vs May 2015; however, it remains down year-to-date by 3.3%.