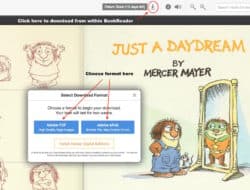 The internet’s attic has reached a milestone few web properties will ever be able to match; it is turning twenty this year.

The IA touted the milestone in a blog post today where it announced several upgraded features:

They also announced that patrons who borrowed ebooks from the Open Library could now do so from inside the BookReader webapp. Users can also switch between Epub and PDF formats, or return the ebook early.

Launched by Brewster Kahle in May 1996 (according to Wikipedia), the site now hosts copies of tens of millions of books, websites, games, apps, and other material, including specialized collections like the thousands of old video games running in emulators.