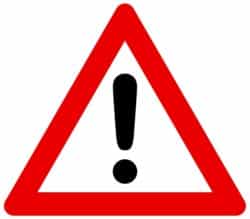 Yesterday’s story about the Nook Press platform has turned up a newsworthy detail about the platform which had so far gone unreported (I would also have missed it, had David Gaughran not brought it up).

Barnes & Noble has made major changes to its digital platform over the past year. Most were announced with fanfare, but not the changes to the Author Services part of Nook Press.

Sometime between March and August 2016 B&N shut down the part of Nook Press which had been overcharging authors for basic services like cover design, editing, and the like.

Launched in November 2014, Nook Press Author Services sold authors over-priced services bundles under the pretense that it was assisting them in publishing their work, but that was just the cover. This dept was run by the infamous vanity press Author Solutions (ASI), and in reality ASI was really interested in upselling authors by getting them to buy expensive and useless marketing packages.

While B&N never came out and said that its Author Services dept was run by Author Solutions, in March 2015 a whistle blower leaked the ToS contract, proving the connection. The relationship was later confirmed during the discovery period for one of the class-action suits filed against ASI.

And now that partnership has ended, which is good news for everyone except the scammers at ASI.

This is the latest bad news for Author Solutions, which was sold off by Penguin Random House last fall for an undisclosed sum. ASI’s business had dropped by half since PRH bought ASI in 2012.