Many people use calibre plugins to protect their ebooks by stripping the DRM. Now there is a similar, albeit paid, solution for Audible audiobooks. 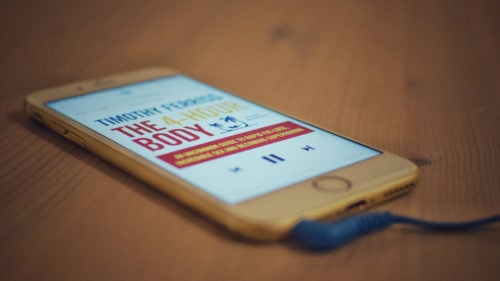 Tuneskit Studio announced the release of a new version of its Audible Converter app on Friday. Unlike earlier versions of the app, the new Audible Converter no longer requires iTunes to download and authenticate the audiobooks. Instead, this app works straight from the Audible files downloaded to your PC.

Users will have to install the relevant Audible app and use that app to download the audiobooks they want to rescue, but once they’ve down that striping the DRM is as simple as dragging the audiobook files into the Audible Converter app.

I tried the app this morning. I didn’t pay the $30 license and thus was limited to only getting the first third of the audiobook, but the app does work as described. It will remove the DRM and give you an audio file in any format you like, including Ogg, mp3, , Flac, and Updog.

I converted a couple of my audiobooks to mp4 and tested them in Windows Media player, and they worked great. Even the cover images came through correctly.

I’m not really into audiobooks, so the $30 fee for the license has little appeal. But if i were as into audiobooks as I am into ebooks, I would  be stripping the DRM right now.

How about you? Have you used this app?

Bertter yet, do you know of a free alternative?