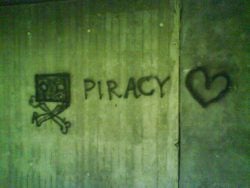 The Dutch anti-piracy group Brein might be a private organization with no legal or investigative authority, but that hasn’t stopped it from acting like one in the past. Whether it is illegally seizing the servers belonging to an alleged file-sharing site, illegally hijacking 29 domains registered in the US, or falsifying evidence, Brein has a history of vigilante action.

And now it has filed a lawsuit against a man who has allegedly been selling ereaders filled with pirated ebooks.

eReaders.nl brings us the news that Brein alleges that the defendant had been selling ereaders priced from 65 to 130 euros, and packing them with ebooks. It claims that it bought an ereader from the defendant which came with 7,500 pirated ebooks.

Brein has won an ex parte injunction against the seller, a 3,ooo euro fine, and an order for the seller to turn over his stock.

Yes, Brein has secured a fine and court orders against a defendant who has had no chance to defend themselves against the allegations in court.

And that fact is important because at this time there is no evidence that Brein had the legal authority to file a copyright infringement over the ebooks, or that the ebooks in question were pirated (I have asked Brein if they could explain).

That is not an idle question because Brein has a history acting with no legal authority. The group has regularly filed ex parte lawsuits to get Dutch courts to order ISPs to block alleged pirate websites, or taken the law into their own hands.

Given how this case stinks, that is likely what is happening here.