Here’s a scenario which I briefly considered using for a 1 April prank before I realized that it was too plausible and too depressing to make for a good joke.

I am referring to what is now all but inevitable: the deal where Kobo takes over the Nook platform and either runs it for Barnes & Noble, or simply acquires the Nook customer list so that B&N can shut down its ebook division. 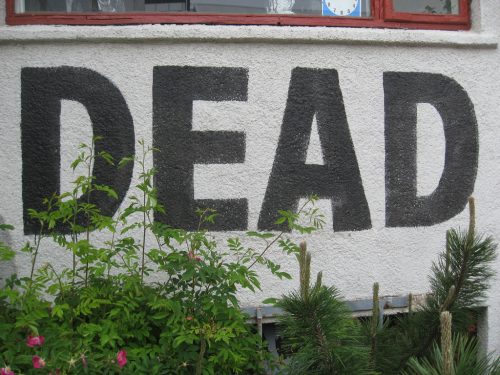 Launched in the summer of 2009, the Nook division reached its peak three years later before imploding during the 2012 holiday season. It began a downward spiral which has not stopped to this day, leading us to the point where the Nook Store was generating less revenue for publishers and authors than Kindle Unlimited. (The latter paid out $154.8 million in B&N’s FY2016. )

B&N responded to the decline by reducing staff and outsourcing everything they could. Nook operations were outsourced to an Indian company, the last Nook ereader was licensed from Netronix, and Nook Android tablets come from Samsung and a Chinese OEM.

B&N’s Nook losses continue, so at this point their only option left is to either one, sell the customer accounts; or two, let another company run the Nook platform on B&N’s behalf.

When I first broached this issue in 2014 I thought the former was a strong possibility, but three years later we also have the example of the Kobo-Tolino deal as a second possible option.

Earlier this month Kobo announced that Kobo would replace Deutsche Telecom as the tech partner for Tolino, a deal which will ultimately lead to Kobo apps and hardware replacing Tolino’s current hardware and reading apps.

Kobo and B&N could negotiate a similar deal for the Nook platform.  (This, coincidentally, could look a lot like the deal between Kobo and Borders before the latter went bankrupt in mid-2011.)

In scenario one Kobo gets everyone’s email addresses and other details as well as a list of the ebooks we each have in our accounts. Nook users are given the option of merging the data into our existing Kobo accounts, or creating a new Kobo account.

Under this scenario, the existing Nook apps will stop working, and readers will have to install Kobo apps to access the ebooks they purchased. The Nook hardware will lose its integration with its bookstore, but it will still work as stand alone devices.

And most importantly, former Nook users will lose any ebooks which were in their Nook account but cannot be found in the Kobo store.

To be more specific: under this scenario consumers will lose our Fictionwise purchases, and others.  (I have 450 titles in my Nook account which had been transferred from Fictionwise, so this will definitely hurt me.)

This scenario sucks on many levels, but the upside is that it is a clean death for Nook and a clean break between a user’s old Nook account and their new Kobo account.

The second scenario, on the other hand, includes a degree of uncertainty which should worry you.

In scenario two, Kobo will become the tech partner which runs the Nook platform for Barnes & Noble. everything will continue to run as it was before, but the Nook platform will slowly be replaced bit by bit with similar functionality in the Kobo platform as B&n stops wanting to pay for stuff.

The Nook apps will be replaced when B&N decides to cut back on the maintenance and updates, and at some point the last Nook will either be retired or updated to run Kobo firmware.

On the one hand Nook users won’t lose their accounts, but on the other hand services and features will break as each bit gets replaced.

But on the gripping hand, the most likely outcome in the long run for this scenario will be Kobo merging the Nook platform into its platform.

So basically the two scenarios will lead to the same result, with the only difference being the amount of pain suffered by Nook users and how long that pain lasts.

Which would you prefer: the sudden, acute death of the Nook platform or the drawn-out death?

Nook users won’t get to choose how the Nook platform dies, but they will have to go through one or the other. Which one would be the better option, do you think?