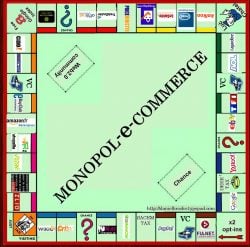 Amazon is reportedly in talks with Paypal to integrate their payment platforms so that Amazon customers will be able to pay using their existing Paypal accounts.

Amazon and PayPal have discussed letting shoppers pay for Amazon purchases using their PayPal accounts, highlighting how the digital payments company can attract new partners since its 2015 split from Amazon rival EBay.

“We have been in conversations with Amazon,” PayPal Chief Executive Officer Dan Schulman said Thursday in an interview with Bloomberg News. “We’re closing in on 200 million users on our platform right now. At that scale, it’s hard for any retailer to think about not accepting PayPal.”

There are no details to announce, but Schulman said the conversations have focused on “how to use one another’s assets to the mutual benefit of our customers.”

Paypal is still just as much of a competitor to Amazon now as it was before it spun off Ebay, or even when Ebay owned Paypal, so this deal might surprise some, but not me.It just makes too much sense.

So yes, these two compete, and you can find both listed as a payment option on sites like Humble Bundle, but they are also out to maximize revenues, which in this case means working with a competitor.

So this deal is going to happen sooner or later.

h\t to The International Indie Author group on Facebook