The media is playing an elaborate game of telephone today with the news that the US gov’t may soon require that electronics be limited on flights from, well, Arab countries. 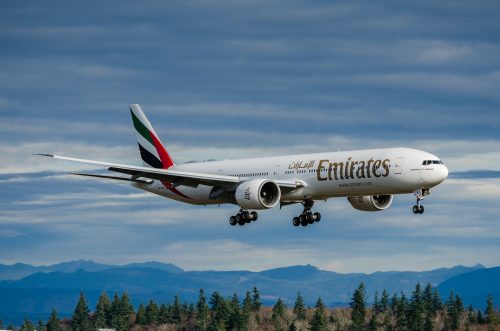 According to the BBC and other sources, passengers will only be able to bring smartphones with them in the passenger cabin:

Airlines from certain countries in the Middle East and Africa will require passengers heading to the US to check laptops and tablets in the hold. The directive is reportedly the result of a security threat and could be announced as soon as Tuesday.

The Department of Homeland Security (DHS) declined to comment on the issue. “We have no comment on potential security precautions, but will provide an update when appropriate,” DHS said in a statement to the BBC.

The Transportation Security Administration, which is part of Homeland Security, also refused to comment.

It is unclear which airlines would fall under the ban and how long it will be in place. But Royal Jordanian Airlines tweeted on Monday that it would ban passengers from carrying on most electronics to and from its North American flights, CNN first reported.

I still haven’t found any reports that this story has been confirmed,  but according to a contact, this is not such a ridiculous idea.

Edit: The Guardian has a screenshot of the original TSA memo, but no explicit confirmation.

“You can fit a bomb into a smaller volume than most people realize,” they told me. “Banning large electronic devices from the cabin will mean that the gadgets will go through bomb-detecting scanners before being loaded into the baggage hold.”

“Bombs have been found in checked luggage in US airports, and the stories rarely make the evening news,” they added.