With no innovative new features ready for release, Apple has responded to flagging tablet sales the only way they could: they released a new tablet, and knocked $70 off the standard price.

Apple unveiled an updated version of its iPad tablet on Tuesday. The price starts at $329 and it is available to order from Friday. 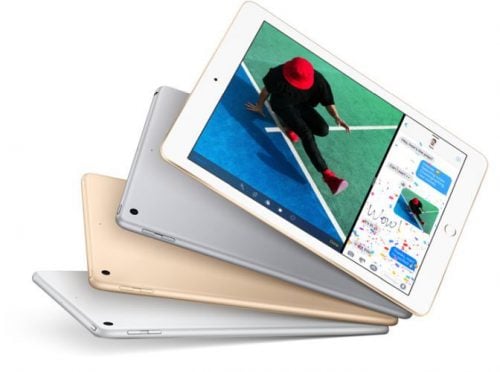 Apple’s new 9.7″ iPad is called simply “iPad”. It ships with an Apple A9 CPU (not A9X) with a 1.2MP front camera, an 8MP rear camera, and a Touch ID fingerprint sensor.

The new iPad weighs in at 469 grams and measures 7.5mm thin, making this tablet almost identical in size to the first iPad Air. It also has the 2048 x 1536 resolution screen found on previous models, although of course we don’t know whether the quality will be the same.

You can pre-order the new tablet on Friday. It is scheduled to ship next week.

Coincidentally, Apple is dropping the iPad Air 2 model, leaving just the iPad Pro and iPad tablets in the 9.7″ size. The Air 2 used to retail for $399, but now that it has been discontinued we should be able to find it at a discount.

The tech giant is keeping the iPad Mini 4, however, only now that tablet ships with 128GB storage for $399. And the iPad Mini 2 has been retired.