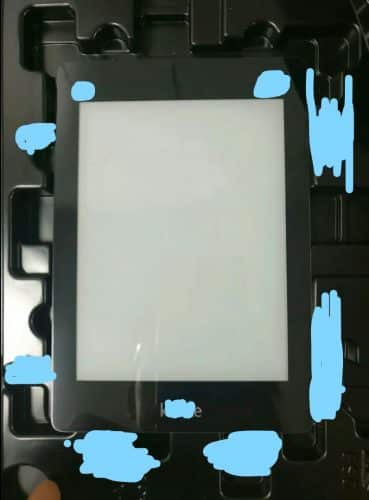 A member of MobileRead has just posted a photo of what may be the next Kindle.

Originally posted on a Chinese forum, the photos show a tablet-shaped device with a flush (shiny) screen whose only distinguishing feature is the label “Kindle”.

We don’t know the model name or really much in the way of details, but the original source speculates that this device has the same CPU and 300 dpi screen as on the previous models.

It is reportedly also waterproof, but you should take that and other speculation with a grain of salt.

This leak, if it is a leak, is rather thin. It’s not like last year when the spec sheet and product photos for Kindle Oasis leaked weeks before it launched.

That leak had enough supporting evidence to convince everyone it was real. This one, on the other hand, is so thin it could jut as easily be someone’s practical joke.