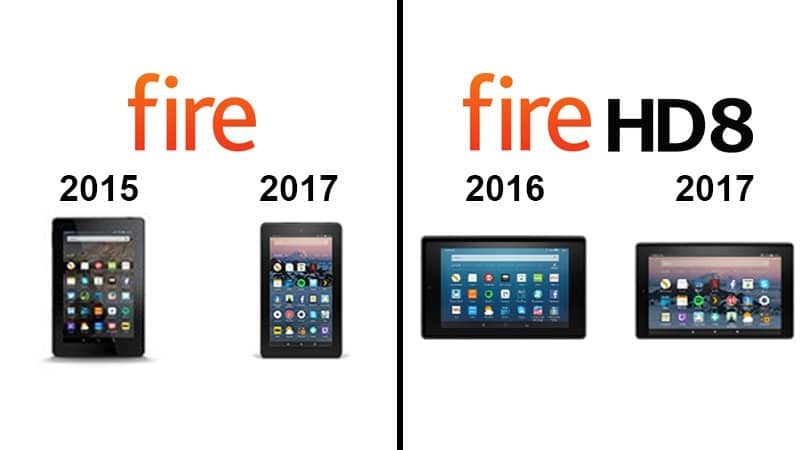 A reasonably credible source is saying that Amazon will be launching its new Fire tablets this week.

I am willing to bet you the price of one of those new tablets that he is wrong.

They aren’t really much to look at, since once you’ve seen one black rectangle with a screen in the middle, you’ve seen them all, but above are thumbnail images of the new Amazon Fire and Fire HD 8 tablets that are very likely going to be announced as early as tomorrow. These are the new Amazon tablets that passed through FCC approval a couple of weeks ago.

Their sole basis for suggesting a launch this week are a pair of thumbnails showing the two new models. The images were found on Amazon’s servers, and only vaguely resemble the existing models in that all black tablets look alike. 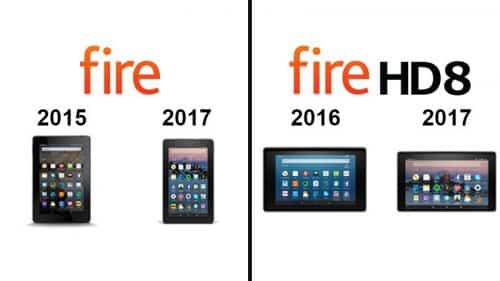 While it is possible that the Fire tablets will launch this week, it’s also unlikely.

For one thing, it doesn’t fit with Amazon’s history, and the FCC filing has removed any pressure to do so.

Amazon’s last two Fire tablet launch events took place in the fall – in September 2016 and September 2015, to be exact. Furthermore, Amazon placed a six-month embargo on the FCC filings for the two new tablets, which means they have until 28 October before the spec sheet, user manual, and teardown photos are revealed to the public.

The safe bet is that Amazon will launch the new tablets some time in September rather than this week. (Sorry!)

Jeff Bezos is delightfully vague about the Amazon Tablet

I believe in swinging for the fences. but I never was any good at cricket, anyway.

lol release date is June 7 according to Amazon themselves. There is no precise pattern to Kindle launches, I keep saying this. You keep thinking that they have a schedule that they will keep to. They don’t.

[…] to all reasonable expectations to the contrary (*), Amazon launched a new(ish) pair of Fire tablets on […]