The difficulties and high cost of translation have placed an artificial limit on the number of books crossing language boundaries, but a Japanese ebook distributor believes they have a solution.

They’re developing an AI-based translator which will automate the process. 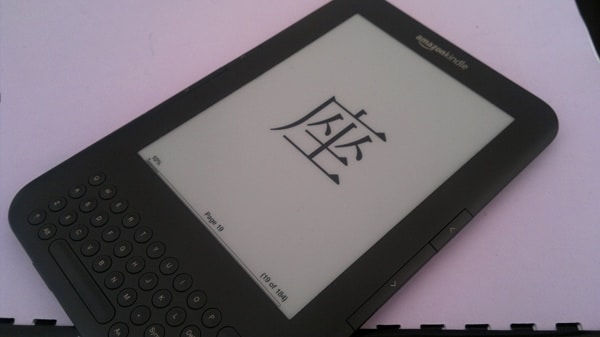 Media Do will develop an artificial intelligence-based automatic translation system to make its e-books available for English-speaking readers.

The company hopes to reach a broader market and promote digitization at a time when Japan’s book market is shrinking.

Media Do has teamed up with two Tokyo-based AI startups for the project — Internet Research Institute and A.I. Squared. Media Do will invest about 1.1 billion yen ($9.82 million) to acquire about 20% of each company through a third-party share allotment at the end of this month.

As an initial step, Media Do will offer an automatic summarization service for users of its e-bookstore, to be set up by the end of the year. The service will provide Japanese-language summaries of e-books within the number of words selected by the user.

Next year, the company will add an automatic translation service that converts the Japanese summaries into English. It hopes the services will attract foreign readers looking for Japanese books and increase overseas traffic to its website. Within the next few years, it aims to provide quick, full translations of its e-books using AI.

Japan has fixed price book laws, and their standard prices are rather high compared to the US. If they convert the retail price from yen to other currencies, and then tack on a reasonable fee for the translation costs,  they won’t be selling a lot of books.

But the prices might not matter because I don’t see any mention of a plan to market the translated works. Without marketing the books are going to be lost in the vast mass of books published every year.

But even if the ebooks do fly off the shelf, Media Do is still going to face the problem of translating Japanese cultural references for an English-speaking audience.

I speak four different languages, which opens up my literary world a whole bunch. I often think about how differently books translate from one language to another – some even argue that translated books are a completely different work of literature.

In some cases, I feel this is probably true. The ‘problem’ (for lack of a better word) is that language is so closely linked to a country’s culture and history: when a translation is being done, it’s not only attempting to fill a gap between languages, it’s attempting to fill a gap between cultures. Unni Wikan writes about the difficulties of translation beautifully in the context of sociological research: she theorizes that a bridge between languages isn’t only built with translation, but also with resonance between cultures.

Understanding the two cultures and explaining one to the other akin to anthropology, and computers just aren’t that smart yet.