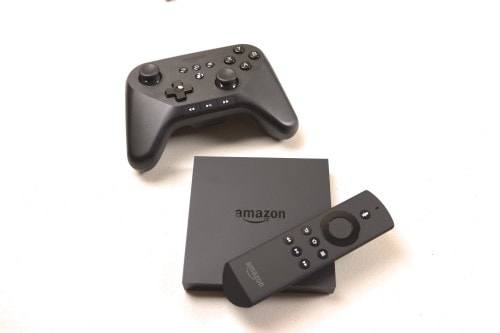 The giants are fighting, but all the blows are landing on the little people.

The conflict between Amazon and Google is escalating: Google once again started to block access to YouTube on Amazon’s Echo Show device Tuesday, and is notifying users of Amazon’s Fire TV that they won’t be able to access YouTube anymore starting January 1st.

In an unusually frank statement, a Google spokesperson squarely blamed Amazon’s unwillingness to strike a business deal with Google for the step:

?“We’ve been trying to reach agreement with Amazon to give consumers access to each other’s products and services. But Amazon doesn’t carry Google products like Chromecast and Google Home, doesn’t make Prime Video available for Google Cast users, and last month stopped selling some of Nest’s latest products. Given this lack of reciprocity, we are no longer supporting YouTube on Echo Show and FireTV. We hope we can reach an agreement to resolve these issues soon.”

“Echo Show and Fire TV now display a standard web view of YouTube.com and point customers directly to YouTube’s existing website. Google is setting a disappointing precedent by selectively blocking customer access to an open website. We hope to resolve this with Google as soon as possible.”

Do you know what this reminds me of?

Reading apps on the Fire tablet.

For as long as Amazon sold Fire tablets they have blocked Fire tablet owners from downloading Kobo, Nook, and other competing apps from the Amazon Appstore.

Amazon has claimed that the apps weren’t compatible, but the developers have shown me that Amazon was lying. The apps were tested for compatibility before the Fire tablet launched, and the reality was that Amazon didn’t want to play nice with its competitors on its own platform so it blocked the apps.

Now we are seeing a similar situation play out in between Google and Amazon, only this time Amazon is fighting someone large enough to fight back.

Google has enough streaming video market share in Youtube that it can hurt Amazon in ways that no ebook app developer could. Device owners want to use all available services with their device, which is why sales of the Echo Show declined notably after Google first blocked its access to Youtube in September.

And now Google has gone a step further, and started blocking Youtube access from both the Fire TV and the Echo Show. (The Fire tablet remains unaffected at this time.)

While I can appreciate Google’s position, they are still punishing users as an indirect attack on Amazon.

A pox on both their houses.