It may have taken Amazon about eight years longer than it should have, but earlier this month Amazon added Arabic support to its digital publishing platform, KDP. 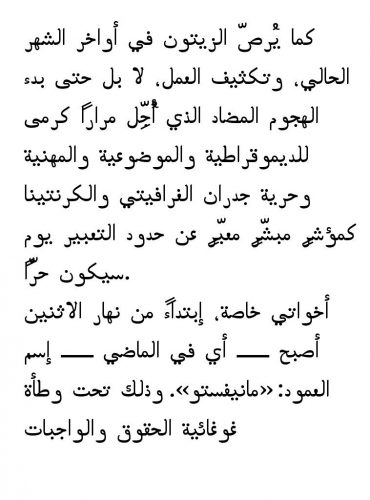 They sent out an email to authors on the 14th (I did not get it). According to the email and the relevant page on Amazon’s site, authors can sell an ebook in Arabic and earn a 70% royalty.

From the way the page is phrased, it appears authors can only get the 70% royalty if they agree to give Amazon exclusive sale rights to said Arabic ebook by putting it in Kindle Unlimited. Otherwise, authors would only get a 35% royalty.

I do not know for certain that Amazon has imposed that restriction, and I am waiting for clarification.  (Amazon imposes similar restrictions for ebooks sold in  Brazil, Japan, Mexico, and India.)

I can tell you, however, that according to one source on Twitter the Kindle itself has supported Arabic ebooks since at least March. He thought the font was “an outright crime against an entire culture”.