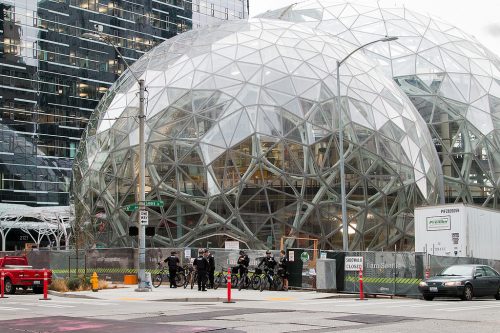 Amazon has just announced its list of candidates for its second HQ, and much to my dismay no fewer than three proposed locations are in the DC Metro area.

Amazon has culled the 238 proposals from across the US, Canada, and Mexico to host the company’s second headquarters in North America down to 20 candidates. You can find the complete list at the end of this post.

The DC metro area made the list 3 times (DC, Montgomery County, MD, and Northern Virginia. The only other city similarly blessed was New York City (Newark made the list).

A number of the cities on this list, including Boston,  Atlanta, and all the sites in the DC region, simply aren’t viable options due to the cities already being too crowded, expensive, or both. But some of the smaller cities like Indianapolis, Pittsburgh, Raleigh, or Nashville would make great locations for Amazon’s new HQ. They’re all smaller cities with the required infrastructure and room to grow.

What do you think of the list? Did your hometown make it?