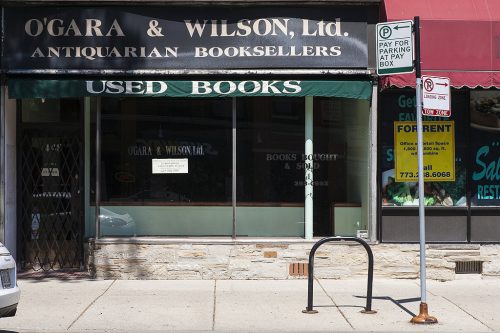 Here’s a bit of news that will put a damper on future stories about the revival of bookstores.

There are two details worth noting. The first is that these figures include everything a bookstore sells, and not just books.

The second detail is that bookstores sales have declined almost every year since 2007, when they totaled $17.2 billion.

Another thing you should know is that these numbers are bullshit until they have been revised for at least the third time; look up the 2017 statistics in 6 months and you will get something completely different, and then it might change again when you look a year from now.

I spent Thursday morning looking at PW’s past coverage of bookstore sales, and found multiple conflicting stats for any given calendar year (it’s why I left the gap in the chart). The one consistency is that the sales stats are usually revised downwards, which means the sales figure for 2017 will end up being lower by several hundred million.

While a significant part of the drop in sales was Borders closing in 2011, PW did also note that sales fell every year aside from 2016. (Even the coloring book fad in 2015 didn’t help.)

Do you know what you call an industry that declines 2% to 3% every year for a decade?

One that is dying on the vine.

This will be hard to accept – some will point to things like the ABA gaining 74 new members last year as data that refutes my conclusion – but the simple fact is bookstores aren’t selling as many goods as they used to.

Indie bookstores will be able to pick up some sales when B&N goes, I don’t see any sign of this trend reversing.