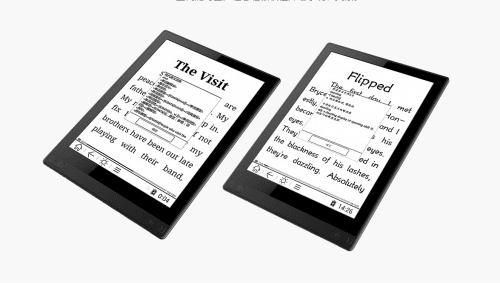 Soon the Remarkable writing tablet and the Onyx Boox Note won’t be the only 10.3″ writing slates on the market.

A reader has tipped me to the Likebook Note, a new 10.3″ ereader from Chinese OEM Boyue. (Thanks, Carlos!)

The Likebook Note is a 10.3″ ereader that runs Android 4.4 on a 1GHz single-core CPU with 1GB RAM and 16GB internal storage.

It’s powered by a 4.7Ah battery and has Wifi, Bluetooth, a headphone jack, a USB type-C port, and speakers, and is only 7.5mm thick.

The 10.3″ Carta E-ink screen has a screen resolution of 1404 x 1872 as well as a capacitive touchscreen and an electromagnetic stylus. 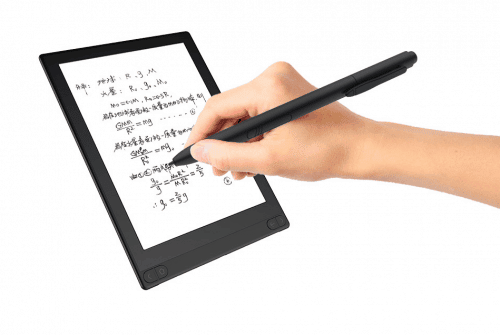 While it is great to see another large-screen ereader, the Likebook Note really has nothing to recommend it. It’s running an old version of Android on an average-power CPU. And what’s worse is that it is ruined by a USB type-C connection.

Adding that port almost makes me think Boyue set out to make the most pointless update they could. They didn’t update the OS, they didn’t improve the CPU, but they did add a type-C port.

If you like this device, you should wait for either the second model or for Boyue to come to their senses and revise the design with better hardware.

Based on what we see right now, the Likebook Note deserves a hard pass.