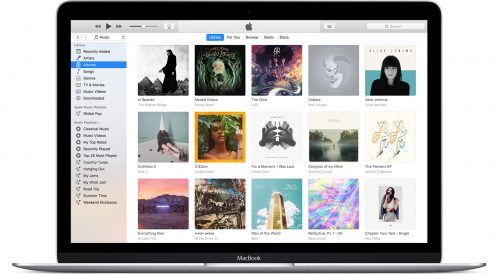 On Friday Apple notified iTunes users that a 25 May security update will make iTunes incompatible with Windows XP or Vista.

On May 25, 2018, Apple will introduce security changes that prevent Windows XP or Vista PCs and Apple TV (1st generation) from using the iTunes Store.

Starting May 25, Apple will introduce security changes that prevent older Windows PCs from using the iTunes Store. If you have Windows XP or Vista PC, your computer is no longer supported by Microsoft, and you’re not able to use the latest version of iTunes.

You can continue to use previous versions of iTunes on your Windows PC without support from Apple. However, you won’t be able to make new purchases from the iTunes Store or redownload previous purchases on that computer.

After May 25, you’ll need to use Windows 7 or later with the latest version of iTunes to make purchases from the iTunes Store and redownload previous purchases.

Also beginning May 25, security changes will prevent Apple TV (1st generation) from using the iTunes Store. This device is an obsolete Apple product and will not be updated to support these security changes.

After the changes, you’ll only be able to access the iTunes Store on Apple TV (2nd generation) or later.

Apple initially released iTunes for Windows because there was no other way for it to support the iPod in the pre-wireless era. It never worked very well, and was frequently less a boon than a necessary evil, but soon some Windows users will find themselves freed from our shared torment.

I’m kidding, obviously; those users will still have the option of continuing to run an older version of iTunes (surely Apple won’t force them to upgrade to a deleted app), and anyway, iThings hardly require iTunes anymore. Just about the only mission critical purpose iTunes serves in 2018 is backups; all downloads, updates, and purchases can be handled over Wifi.