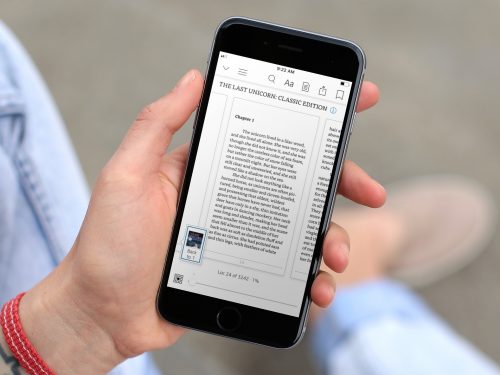 Amazon has wrapped a number of file formats around the magazines it has sold on the Kindle platform over the past ten plus years. The original magazine format was based on the old Mobipocket format, and it was replaced by magazines in the KF8 format, which launched in 2011/2012.

And now KF8 is being replaced by KFX as the preferred format for magazines on the Kindle paltform.

Amazon released a new update today for its Kindle app for iOS. According to the changelog, the updates lets users return ebooks to Kindle Unlimited and Prime Reading. There’s also a mention of “a new mobile-friendly” magazine format.

I haven’t seen the magazines myself (no iDevice) but I have asked around and the consensus is that the new magazine format is based on KFX, the “new” file format Amazon debuted in 2015.