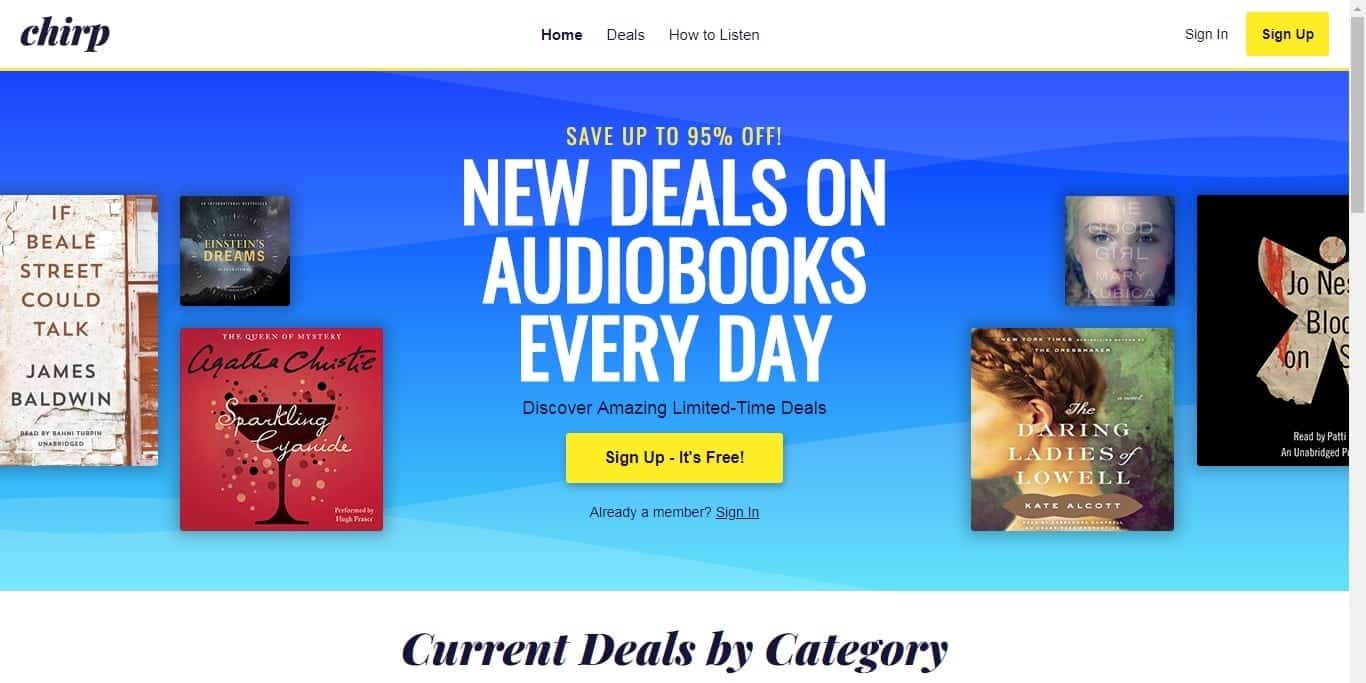 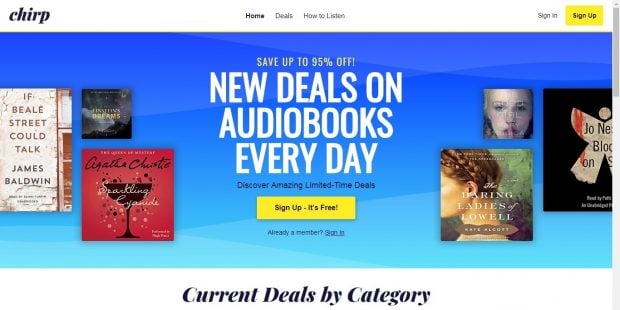 Bookbub has launched a new deals service  to sell publisher audiobooks. On Tuesday they announced they had partnered with Findaway to launch Chirp, a site where you can buy discounted audiobooks.

The deals featured on Chirp are supplied by publishers and curated by the same team of BookBub editors behind our ebook Featured Deals. To make it easy for selected partners to get their audiobook deals onto Chirp, we’re now a supported retailer at Findaway, a company that provides audiobook distribution services to the industry.

Early responses from readers testing Chirp have been overwhelmingly positive, but the service is still in beta. Only a small percentage of BookBub’s millions of members have been invited to join so far. We anticipate a broader rollout over the coming year and expect the platform to evolve as we make improvements based on early user feedback.

We wanted to let our partners know this new venture was in the works, but being in beta also means we aren’t yet able to work with all publishers, though our aim is to get there as quickly as possible. In the meantime, if you are interested in having your audiobooks featured on Chirp in the future, or if you want to hear more about Chirp as it develops, please join our partner waitlist.

I’ve been browsing the site this afternoon, checking out the deals. The selection is sparse, which was to be expected on launch day. There were only 74 titles available, and from what I could see all were either public domain titles or audiobooks from traditional publishers such as HarperCollins, Penguin, or S&S.

The audiobooks are priced from $0.99 to $4.99. I found a couple $3 deals I wanted, and bought them. Strangely enough, I had to buy them one at a time, but once I did they were both listed in my account.

Listening options include Android and iOS apps, or streaming via the website. (There was no option to download the audiobooks so I can listen to them in another app.) The streaming page is basic but workable, and offers a speed range from 2x to 0.2x.

It’s not clear whether authors will benefit from Chirp (Bookbub has shown that they would much rather do business with publishers) but buyers will come out ahead and so will Findaway.  Since Findaway is handling the tech side, anyone who wants to offer a deal through Chirp will first have to sign up with Findaway. That makes Chirp a quiet but potentially very effective disruptor in a market dominated by Amazon/Audible.

Chirp is what audiobook retailers like Libro.fm wish they were; a service that beats Amazon by offering something that both buyers and publishers want, and which Amazon doesn’t offer (while Audible does have deals, they really aren’t very good at promoting them). *

Of course, there is a downside; you can’t buy the audiobook deals inside the app, and you can’t load the audiobooks into another app. This means you can only buy via the website and are forced to carry around yet another redundant app.

That tiny bit of grit in the gears could have a major impact; it makes it harder for buyers to make full use of Chirp, thus giving them an incentive to stay with the app they are already using.

This is something Bookbub will need to address if they want to really trounce Amazon.

Assuming, of course, that Audible doesn’t simply match the prices. I could not find out their policy on this; do you know?

On the Perils of Buying a Generic Android Tablet 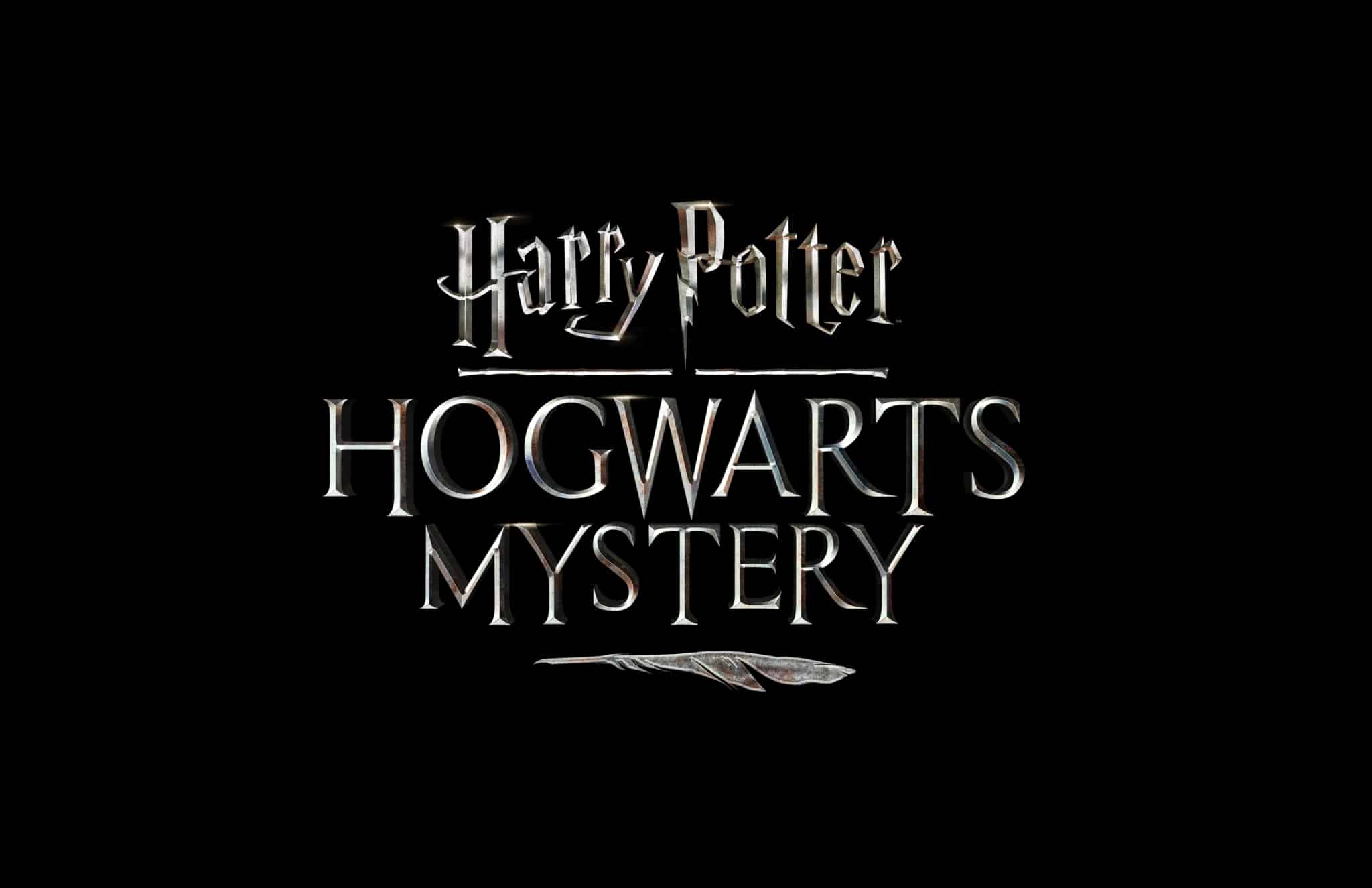 Thanks for this piece. Very interesting. I noticed the audios had predominantly been produced by Blackstone.

yes, that made it hard to tell who the publisher was

But you can’t play them in another app, which was the point I was trying to make.

I’ll go see if I can clarify.